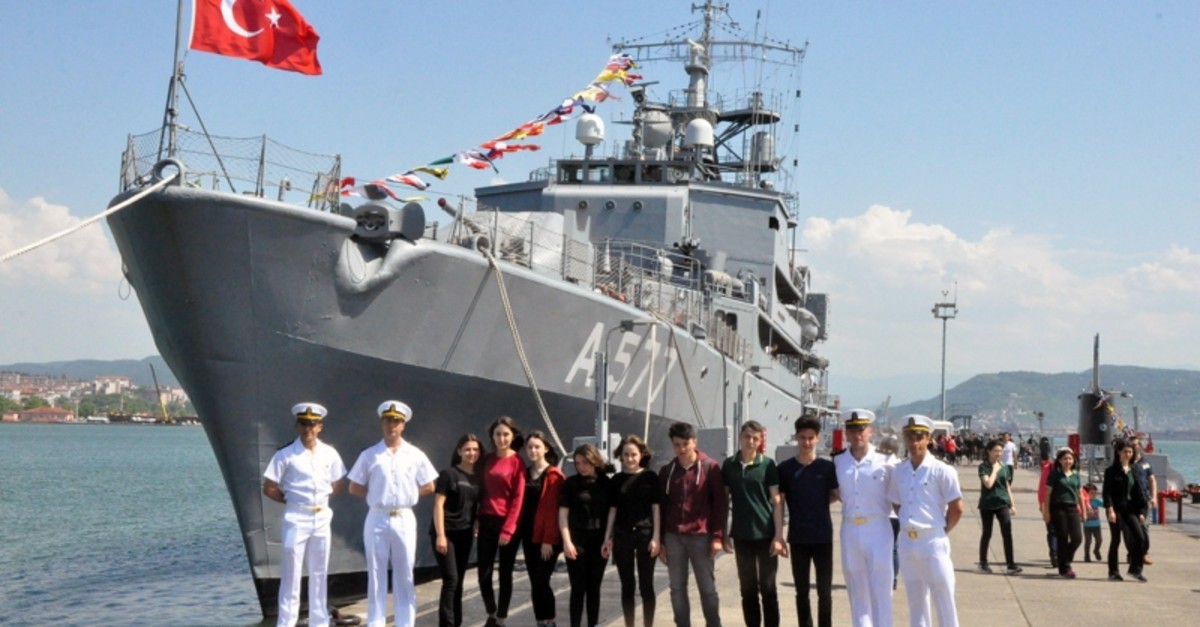 The TCG Preveze military submarine and TCG Sokullu Mehmet Pasha training ship started to welcome visitors Tuesday in Zonguldak, a western Black Sea province of Turkey, within the scope of the Sea Wolf (Denizkurdu) 2019 military exercise launched simultaneously in three seas by the Turkish Navy on May 13.

Many visitors, including students on a school trip to the Black Sea Region and Garrison Command Port in Ereğli district, visited the military submarine and training ship that anchored at the military port.

The visitors were informed about the history, characteristics and capacity of the ships.

The Sea Wolf military exercise, supervised by the Turkish navy, will run through May 25 in the eastern Mediterranean, Aegean and the Black Sea with 131 warships, 57 warplanes, and 33 helicopters with the participation of 25,900 military personnel, the Turkish General Staff has said.