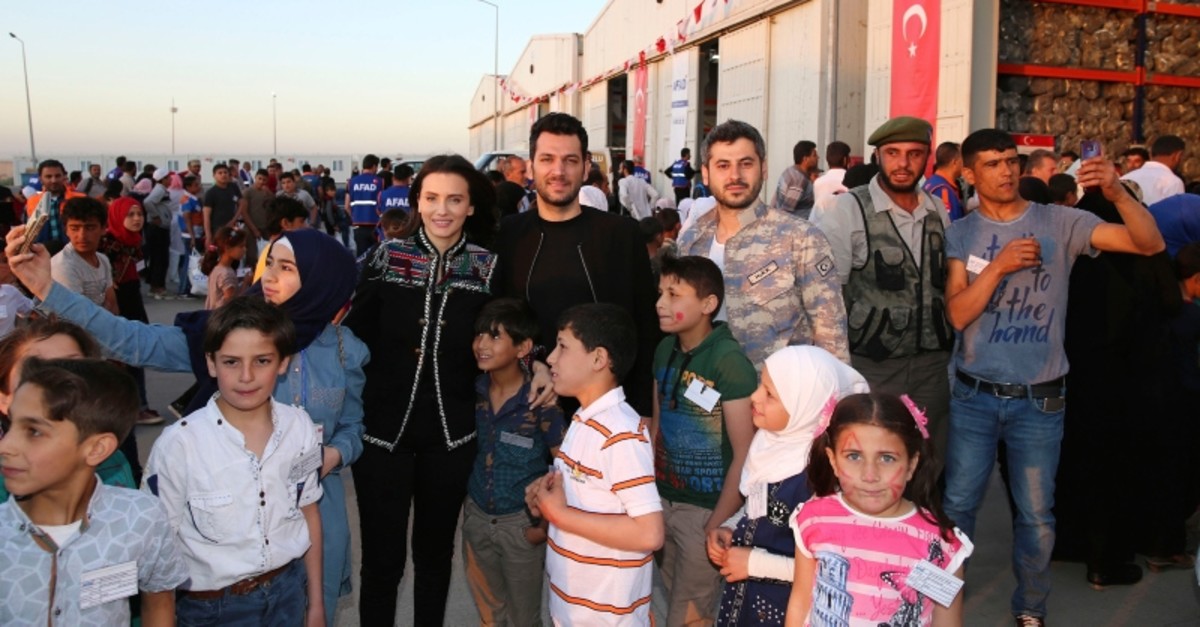 The iftar dinner, the fast-breaking meal for Muslims during the holy month of Ramadan, was held at AFAD's Çobanbey Logistic Center in the Euphrates Shield area, which was previously cleared of terror elements by the Turkish Armed Forces (TSK).

Yıldırım – who has starred in prominent Turkish productions including "Ayla: The Daughter of War" (2017) and is a popular actor in the Arab world – and his wife Elbani, who was the 2008 Miss Arab World, told reporters that they participated in the event in order to bring the plight of Syrian children to the world's attention, adding that "it is not enough to just say that they are our children." 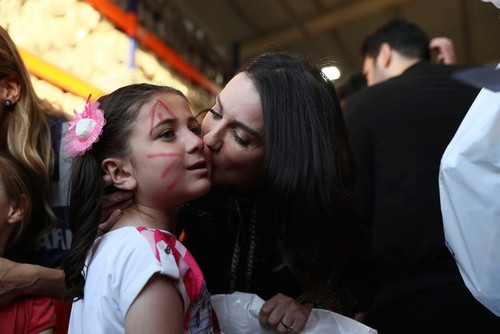 Yıldırım said that his wife understands the children better since she speaks Arabic, adding that she tried to convey their feelings to him.

"These children saw nothing but war; they grew up with bullet sounds… No one gets used to war," Yıldırım said, adding that aiding those in need also helps make people happier.

Speaking at the dinner, NEYAD Chairman Nilgün Diptaş said that the organization is trying its best to reach all the geographies where people are oppressed.