Renowned scholar Fuat Sezgin to be remembered in 2019 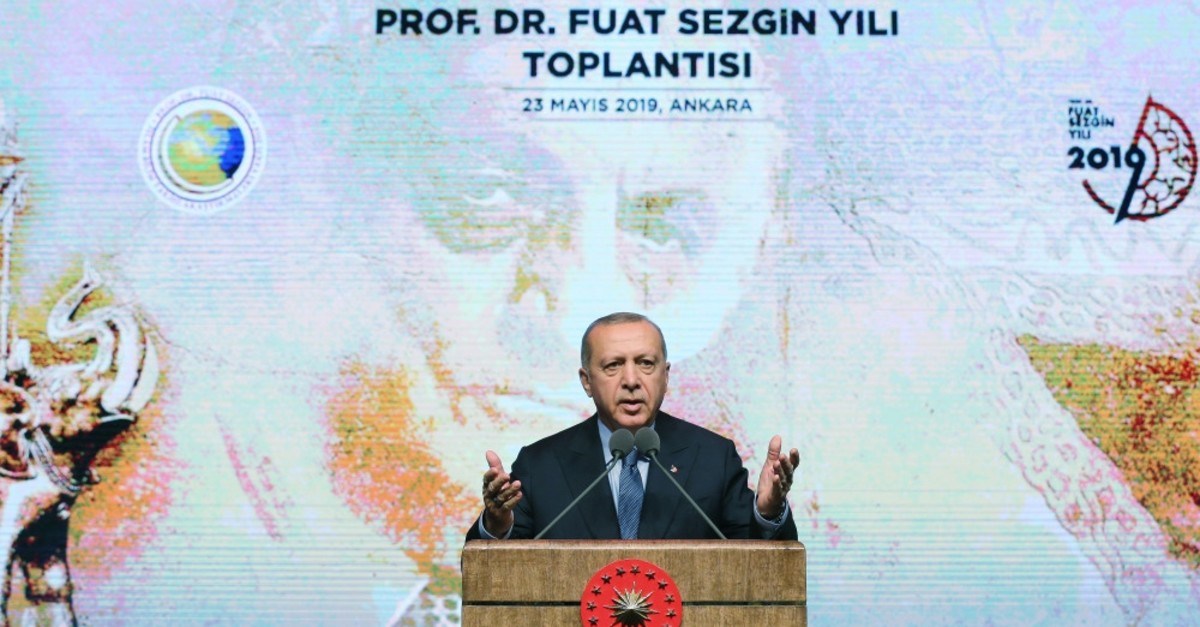 Turkey officially declared 2019 the Year of Fuat Sezgin, a prominent professor who passed away in July 2018.

A professor of Islamic science, Sezgin was one of the most respected historians of Islamic science and the recipient of the Presidential Culture and Art Grand Prize before his death last year at the age of 94.

President Recep Tayyip Erdoğan hosted an event at the presidential complex in Ankara yesterday to speak about activities to remember Sezgin and his legacy. The president said a foundation bearing the name of late scholar and Kırıkkale University in central Turkey would coordinate events that will be held throughout the year with a focus on Sezgin's work and his field. He said some 800 events dedicated to Sezgin would be held across Turkey, Europe and Asia.

Studying Islamic sciences and Arabic at Istanbul University, Sezgin was expelled from the university after the 1960 military coup and worked in Germany as a visiting professor at the University of Frankfurt. He is widely known for his Arab-Islamic History of Science, whose first volume he published in 1967 and was working on its 18th volume at the time of his death. He had been editing the Journal for the History of Arabic-Islamic Science since 1984. His research in Frankfurt focused on Islam's Golden Age of Science between the eighth and 14th centuries.

In 1982, Sezgin founded the Institute for the Arabic-Islamic Sciences (Institut für Geschichte der Arabisch-Islamischen Wissenschaften), which is affiliated with Goethe University in Frankfurt. It houses one of the largest collections of texts on the history of Arabic and Islamic science. He also established a museum showcasing over 800 copies of scientific tools, devises and maps built by Sezgin based on their original descriptions in written sources. A similar museum named the Museum for the History of Science and Technology in Islam was opened in Istanbul in 2008 in Gülhane Park near Sultanahmet Square.

Speaking at yesterday's event, Erdoğan said Sezgin was a scholar who was devoted to his country and nation, and in the last years of his life, he tried to put all his books and his library to the use of Turkish readers. The late scholar was involved in a legal battle in Germany over his desire to bring to Turkey over 30,000 of the 45,000 books he collected over the years through his academic research. Sezgin argued that the Turkish government had established an institute in his name and he simply wanted to bring his private library to Turkey.

However, German customs seized the books, arguing that they were cultural artifacts that belonged to Germany.