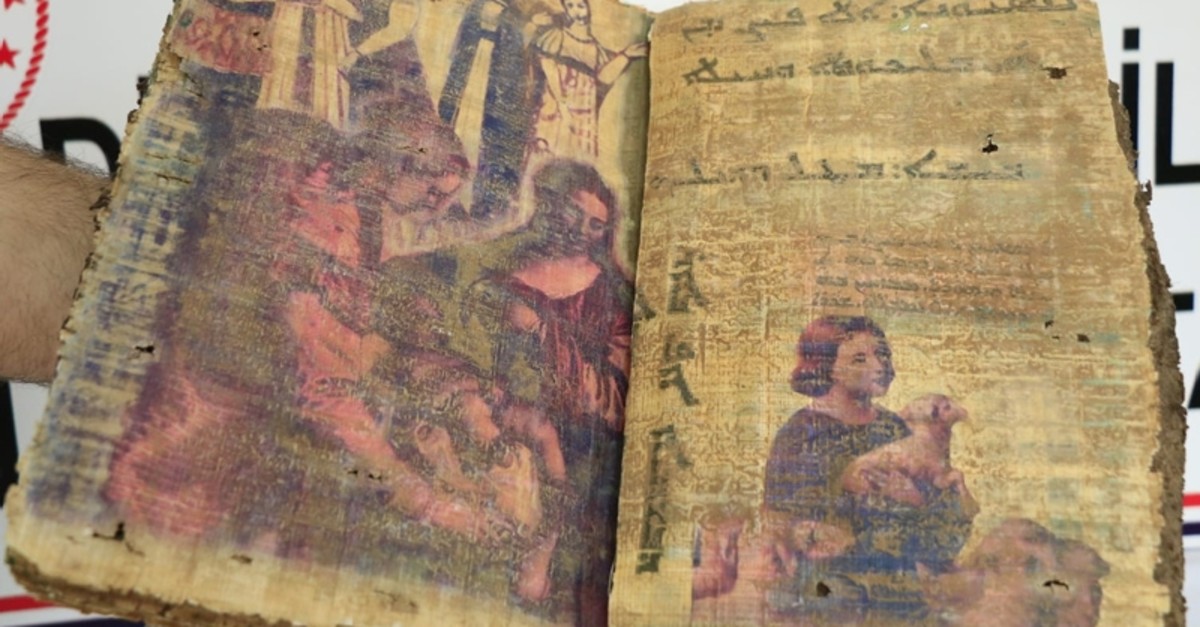 Acting on a tip-off, the anti-smuggling branch of the provincial gendarmerie command launched an operation in the Bağcılar neighborhood of Bağlar district. Three suspects were detained on the spot, and another three suspects were later arrested in connection with the incident.

The 36-page ancient book was made up of papyrus papers bearing religious motifs.