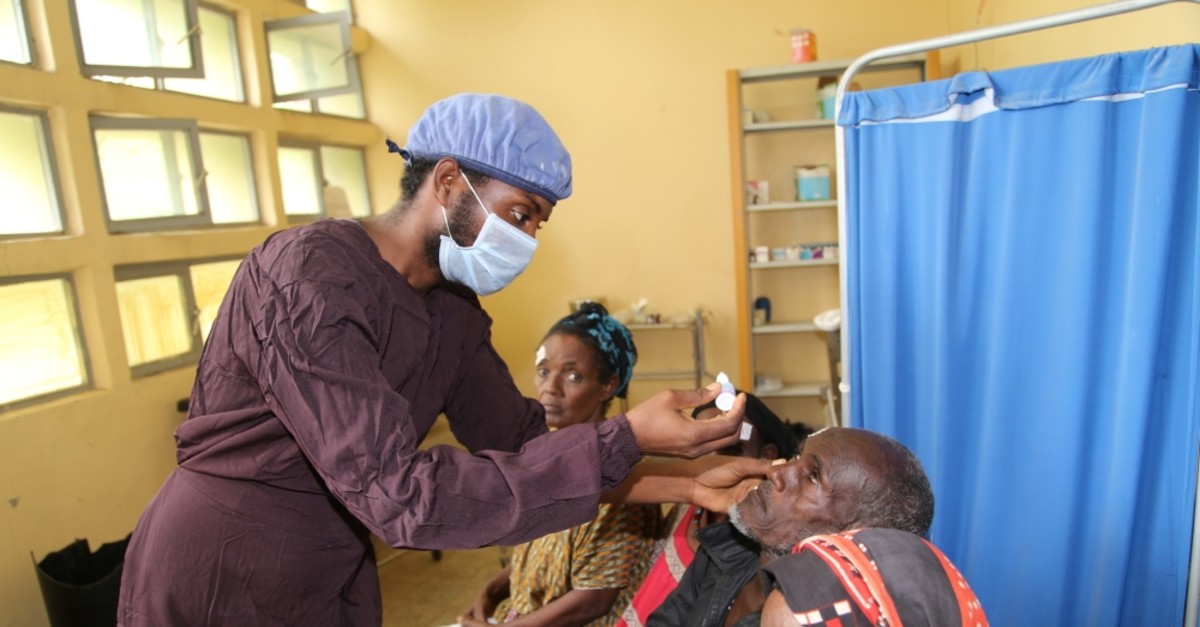 Helping African countries' fight cataract diseases, Turkish charities are at the forefront to restore the sight of patients through donations. One hundred patients living in rural parts of the Afar region of Ethiopia were among the latest to be operated on for cataracts. The Humanitarian Aid Platform, based in the southeastern city of Şanlıurfa, and the Deniz Feneri Association have joined forces for a campaign to help cataract patients and fund surgeries. The campaign "Illuminate Their World" covered the costs of surgeries at Macamad Oakleh Kassehta, the only hospital in the region where such surgeries are possible.

Osman Gerem, who heads the Humanitarian Aid Platform, says some 3 million people suffered from diseases affecting their eyesight in Ethiopia. "By God's will, these brothers and sisters will see the world as it is, with the aid of our donors. Some were suffering from cataracts for 30 years and all were eager to have their sight restored. Words are not enough to describe their joy, and we are happy to see them happy," Gerem told Anadolu Agency about the surgeries.

Anisa Muhammad, a 60-year-old who has been waiting for surgery for about a decade, said cataracts seriously hindered her life, and she was grateful to Turkish donors for her surgery.

According to the World Health Organization, cataracts cause a third of worldwide blindness, affecting approximately 12.6 million people. Cataracts additionally cause moderate to severe vision loss in 52.6 million people, 99% of whom live in developing countries.

In 2016, Turkish Airlines sponsored a team of Turkish surgeons to provide cataract surgery services for more than 1,000 Ethiopians in a weeklong program conducted at Menelik II Hospital in the capital, Addis Ababa.