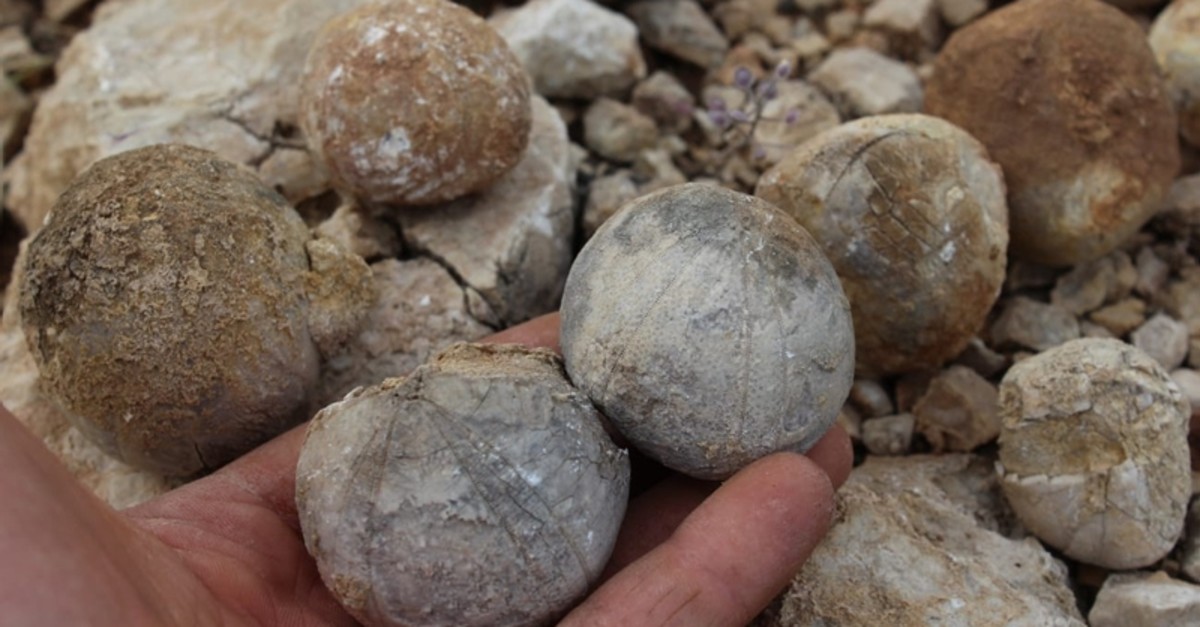 Turan Çingöz stumbled upon three different kinds of egg-sized rocks on the rural areas of Görgenli village in Adıyaman's Gerger district while he was grazing his animals.

The 38-year-old man found the shapes of rocks rather interesting and decided to take their photos to upload them on his social media account later. A museum official quickly took interest in the photos and to Çingöz's surprise found out that the rocks were actually 85-million-year-old sea urchin fossils.

Officials from the Adıyaman Museum Directorate contacted Çingöz to learn the exact location of the historic remnants and strarted to examine the whole area.

Directorate Chairman Mehmet Alkan said that examinations and excavations are currently continuing "on the fossils we think belong to the Cretaceous period."