Turkey's TİKA reaches out to Iraqis, Afghans during Ramadan 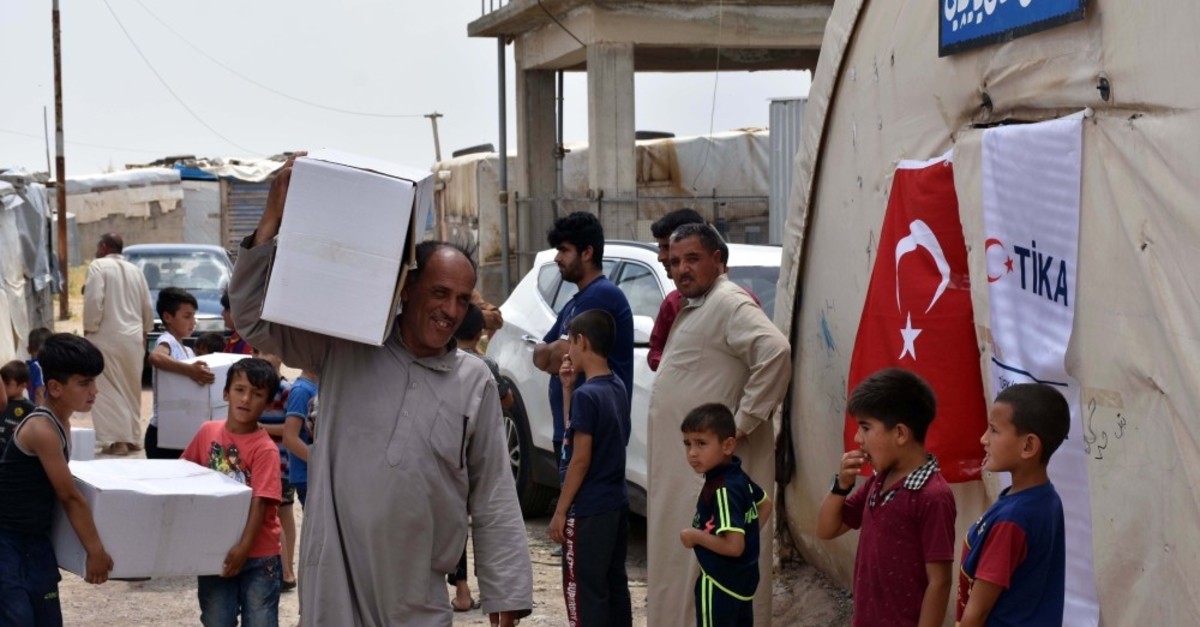 The Turkish Cooperation and Coordination Agency (TİKA) delivered food aid to poor families in Iraq and Afghanistan on the occasion of the Islamic holy month of Ramadan.

The state-run development agency continues its humanitarian campaign for Ramadan, a month when Muslim and Turkish charities traditionally reach out to the world's impoverished and displaced people.

In Iraq's Tuz Khurmatu, Kirkuk, Tall Afar, Mosul and Irbil, 5,800 families were provided with food packages. The recipients included Turkmens families displaced due to Daesh terrorism as well as families that lost members in terrorist attacks.

In Afghanistan, TİKA crews delivered food packages to some 1,150 families in the country's north, which is affected by terrorism and natural disasters.

Ramadan is an opportunity for the faithful to get closer to Allah, who promises blessings in the Muslim holy book Quran for those undertaking the Ramadan fast, one of the pillars of the religion.

The month also gives Muslims chance to reflect on their lives and show gratitude for all they were given, from food to water, according to the Islamic the belief.

By abstaining from eating and drinking, the devoted are reminded of those in need, such as low-income households. The month is also an occasion for charities to offer iftar, or fast-breaking, meals for the needy.

TİKA delivers hot iftar meals to about 1,000 different households every day of the month in Gaza, the Palestinian city suffering from an Israeli blockade. Thousands of food packages are also being delivered to families in the Gaza Strip.