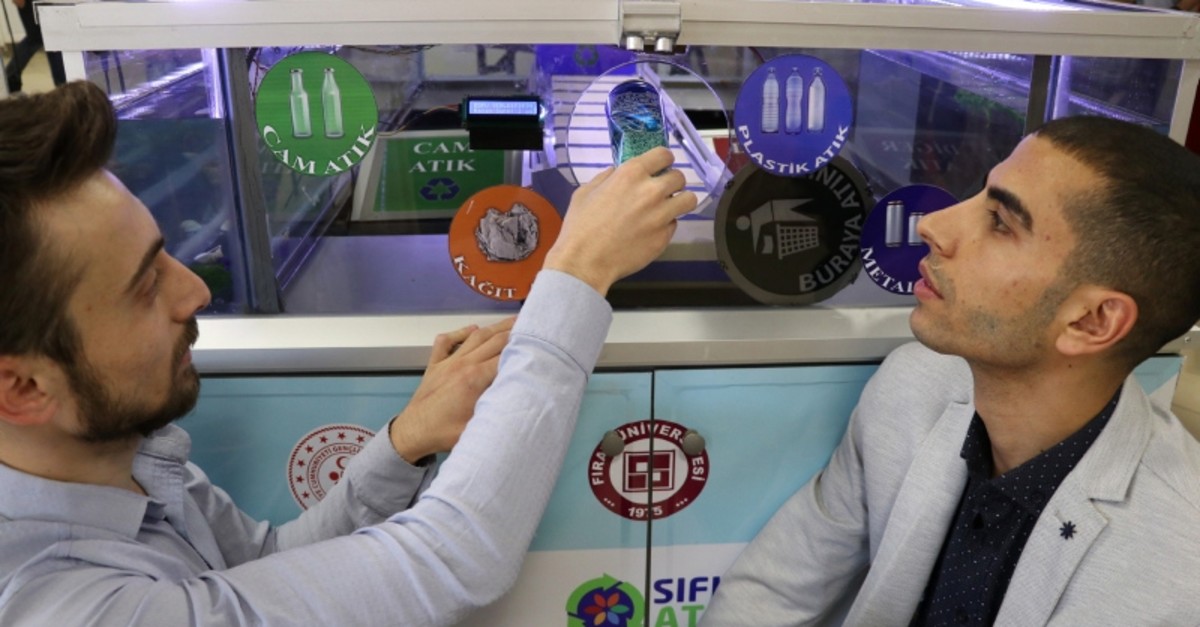 Two university students from eastern Turkey's Elazığ province have developed an artificial intelligence-assisted solid waste sorting device, with the aim of contributing to the economy and making their dormitory an ecologically-friendly place.

Engin Ülger and Yunus Emre Aydın, who are software engineering students at Fırat University, developed the device which collects solid waste and divides it into different containers.

Ülger said that they had been working on new projects to fight against environmental pollution, and produced the device after seeing that plastic, glass, paper and metal waste were all going in the same bin in their dormitory.

The device, named "Vatos" by the students, was designed to help separate different kinds of waste easily in a relatively-crowded place where some 2,000 students live.

Suphi Döner, provincial director of Youth Services and Sports, stressed that with population growing day by day, environmental problems are also increasing, not only constituting a threat tto nature but also to people, adding that it was important for young people to be concerned about such issues and working on such projects.

The zero-waste campaign launched by First Lady Emine Erdoğan under the auspices of the Turkish Presidency has gathered a lot of momentum in less than a year. The campaign, which aims to boost recycling, helped Turkey shed its former image of a country turning a blind eye to the pollution problem.

The campaign has received nationwide support as it raised public awareness on the proper sorting of waste and use of waste as compost in agriculture. Championed by Erdoğan, the project received numerous awards. The first lady now seeks to take the project abroad to promote zero waste practices.

Turkey's recycling drive saved more than 30 million trees between 2017 and 2018. More than 1.7 million tons of paper waste and cartons were recycled last year and within the first three months of 2018, according to latest data.