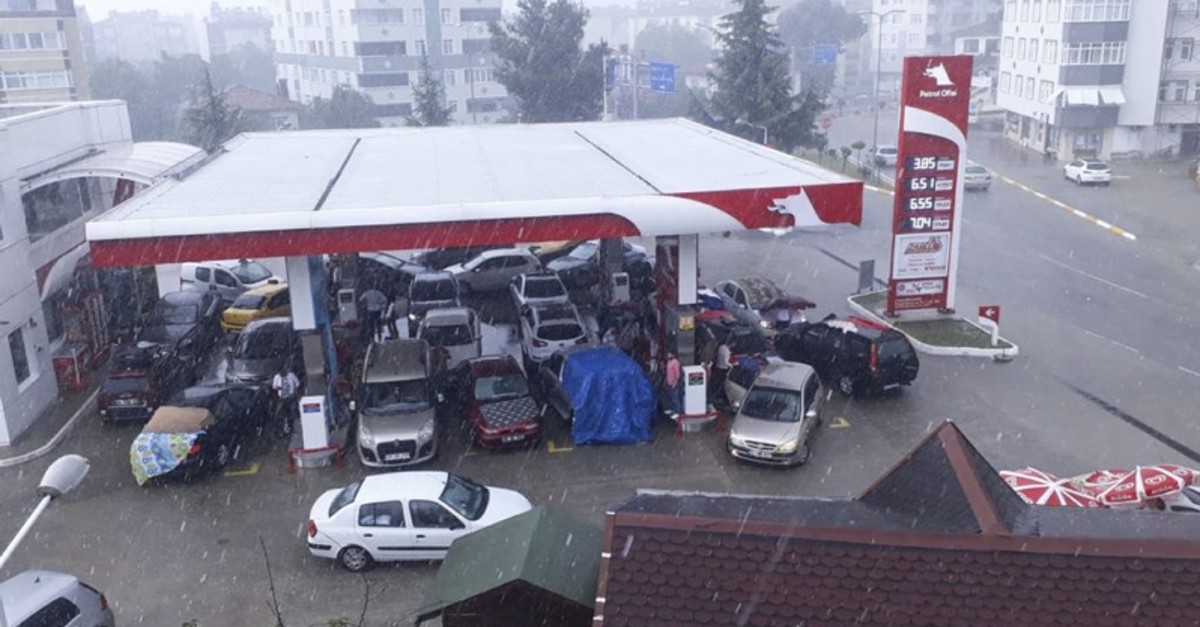 Hail first began in Araç and Ihsangazi districts around 3:00 p.m. on Tuesday, followed by coastal districts of Abana, Bozkurt and Çatalzeytin, where egg-sized hail was effective for minutes and caused flooding in homes and businesses.

Azdavay and Seydiler districts were also hit by hail, causing significant damage to crops. A driver of a van also lost control of the vehicle due to panic and hit the barrier, causing three injuries.

The Turkish State Meteorological Service (TSMS) announced that local scattered showers are expected to be effective throughout Kastamonu until June 21, urging locals to take precautions against hail particularly in the afternoon.

The province was hit by a severe hail in last September, damaging more than 20,000 vehicles and shattering windows of homes and businesses.

Heavy rainfall and hail were also effective in Zara and Gürün provinces of central Sivas province on Tuesday, causing disruptions in traffic increased by the Ramadan Bayram, also known as the Eid al-Fitr.