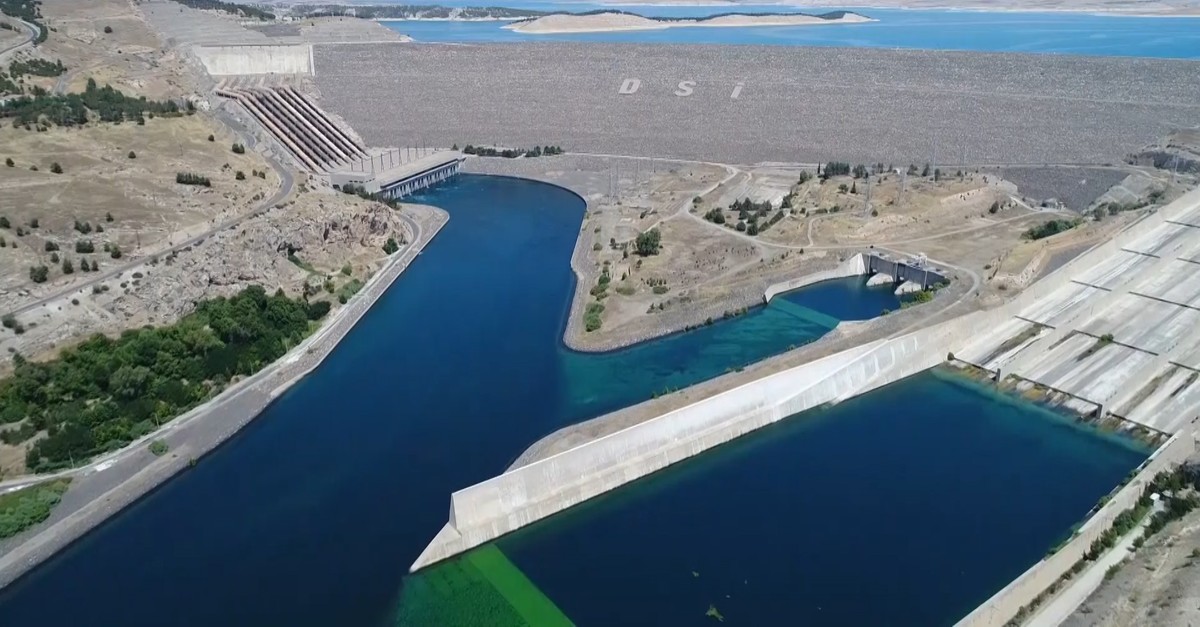 According to Aydın, the dam's water level reached record high due to heavy rains that occurred above the seasonal average in Euphrates basin.

With a capacity to hold 48.7 billion cubic meters of water, the dam can fulfill the water needs of Turkey for seven years, Aydın said.

"The dam will fulfill the water needs of millions of decares of land, primarily in Şanlıurfa, Harran, Mardin, Ceylanpınar, Siverek-Hilvan and Suruç plains," Aydın said.

The total amount of land in Southeastern Anatolia Project (GAP) to benefit from Atatürk Dam is estimated to be 10 million decares and the dam is expected to generate $2.5 billion income once the irrigation projects are completed, he said.

Completed in 1993 and located on the Euphrates River on the border of southeastern Turkey's Adıyaman and Şanlıurfa provinces, Atatürk Dam, named after the republic's founder Mustafa Kemal Atatürk, is also one of the largest in the world.

In terms of body size, the dam ranks fifth in the world and it is both Turkey's and Europe's largest hydroelectric dam, Aydın said. He added that the reservoir created behind the dam, named Lake Atatürk Dam, is also the third largest in the world.

The dam also contributes to local economy and food supply with its fish farms.

Originating in eastern and northeastern Turkey's highlands and mountain ranges, the Euphrates flows through 2,800 kilometers, crossing Syria and Iraq before merging with Tigris River – also originated in eastern Turkey – to form the Shatt al-Arab River that empties into the Persian Gulf. Both rivers serve as a lifeline for millions in Iraq and Syria.

Increased water levels in the Euphrates and Turkish dams would also benefit downstream, particularly Iraq's Basra, which had witnessed mass protests and riots last summer due to drought and water shortages.