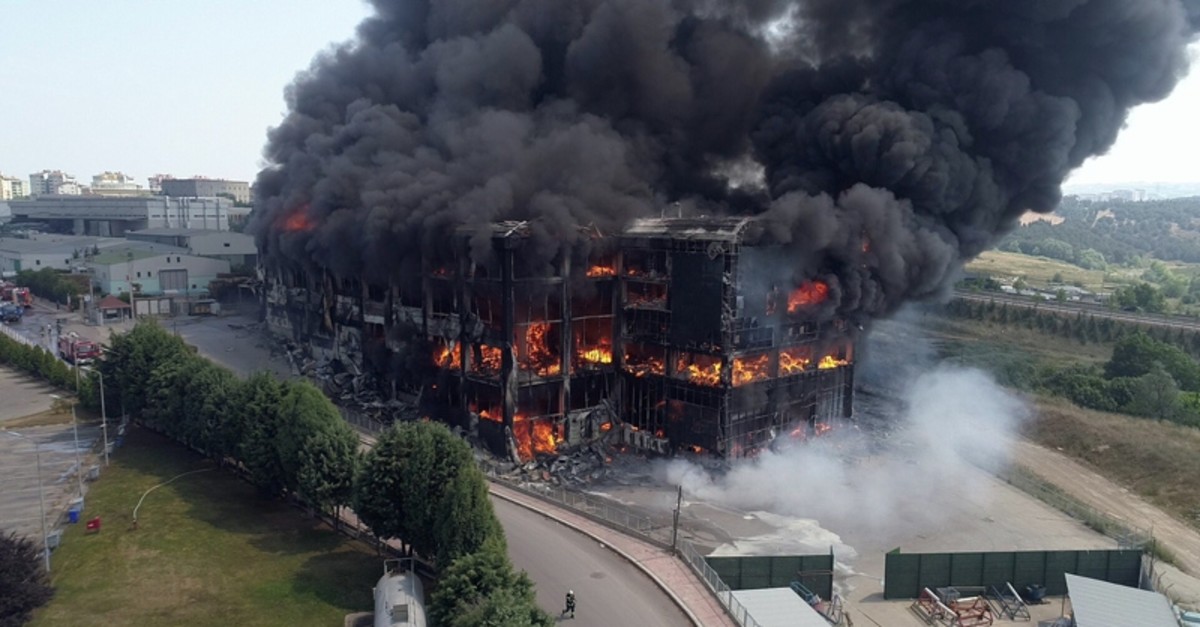 A fire that broke out at a factory and logistics warehouse in Çayırova district of northwestern Kocaeli province left at least five workers dead and five others injured.

The cause of the fire that engulfed the four-story factory and warehouse is yet to be determined.

There were approximately 30 people inside the facility during the shift coinciding with the third day of Ramadan Bayram, also known as the Eid al-Fitr, when the fire broke out. Most of them escaped the fire through their own means while five people injured in the fire were transferred to nearby hospitals.

Firefighters, joined by units from others districts of Kocaeli and neighboring Istanbul, scrambled to contain the fire from spreading to nearby factories and industrial sites amid explosions.

The fire was taken under control after 4 ½ hours of efforts with nearly 30 fire engines participating.

Firefighter units then entered the building for cooling and search and rescue efforts and found four bodies on the third floor and another one in an area yet to be revealed.