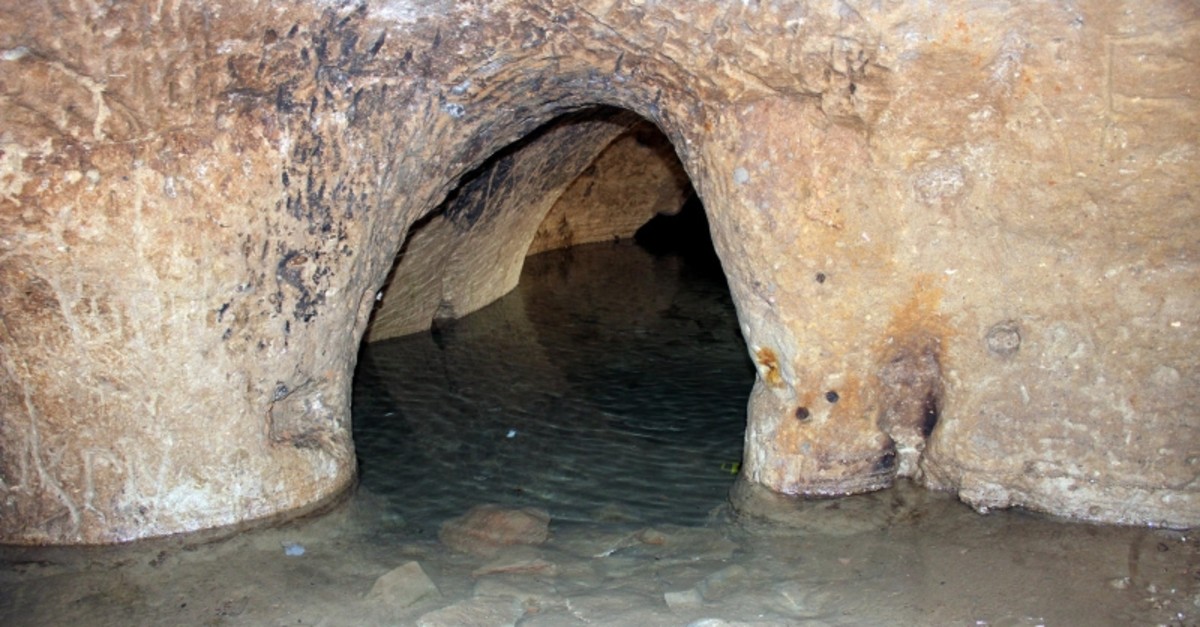 A underground city partly submerged underwater and estimated to be around 5,000 years old was discovered by municipality crews trying to determine the cause of flooding in several houses in the Avanos district of Turkey's central Nevşehir province, located at the heart of the historic Cappadocia region.

Owners of some 15 houses in the Çalış township of Avanos, which is inhabited by 2,200 people, informed the local municipality that their houses were filling up with water and they could not figure out why or where the water was coming from.

Municipality crews started discharging water from the homes while searching for the cause of the flooding, using heavy duty machines to open the entrances of a tunnel closed for safety decades ago and long forgotten by locals. After making more way into the tunnel, crews and locals found an underground city partially covered in clear water, which had caused the flooding, and saw that the houses were situated right on top of the flooded city's rooms and tunnels.

Initial examinations revealed that the underground city had three floors and comprised of homes, tunnels and places of worship stretching for five kilometers, in addition to a small human figurine believed to be an icon. 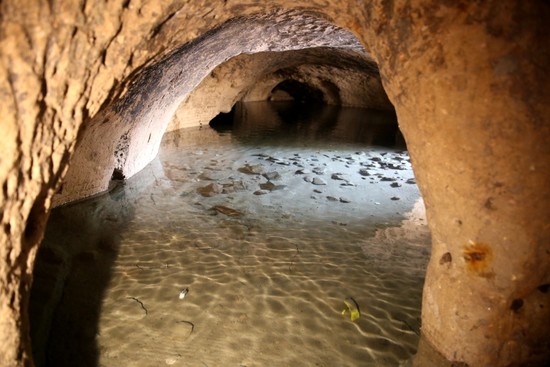 The parts of the underground city closer to the surface was being used by locals as an animal shelter until the beginning of the 20th century but later abandoned by them. Alaaddin Sarıtaş, a local from Çalış, told Demirören News Agency that the underground city was actually rediscovered 25 years ago when a child fell inside the tunnel but its entrances were later covered with soil to prevent further accidents.

Local tales referred to the underground city as Gir-Gör, which translates into English as "Enter and See."

The mayor of Çalış Kazım Yılmaz told Anadolu Agency that the underground city covers some 1.2 million square meters. "Those who had been there in the past say it is some 600 meters by 2 kilometers in size," he said, adding that technical analysis by archaeologists is needed to reveal its origins and exact dimensions.

It is impossible to clear the rubble and empty the water through municipality means, Yılmaz said, adding that they will apply to the cultural property protection board for the site to be registered as a historical site and ask for the Ministry of Culture's help to open the underground city to tourism.

The mayor noted that the ground level of the underground city was full of soil that came through the main entrance, and about two meters in length.

Yılmaz added that there were two other sites near the township, which are believed to be large underground cities.

Sarıtaş said that there were foreigners who had arrived in the township with maps trying to find the lost underground city, mentioning a source of "healing water" and "Ceasar's bath." 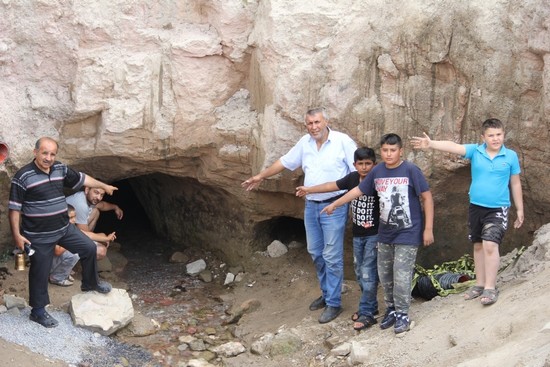 Ahmet Yılmaz, a local, also said that he used to crawl through the tunnels as a child and reach an area containing rooms.

The core of the historic Cappadocia region, currently falling under Ürgüp, Göreme and Avanos districts of Nevşehir and the Güzelyurt district of Aksaray, is located in the middle of a once-active volcanic area in central Anatolia. In addition to its iconic fairy chimneys and other natural rock formations over the course of millions of years, the soft volcanic rocks in the area enabled humans to carve out homes, places of worship, commercial buildings and even cities, thus making the region one of the earliest continuously inhabited sites in the world.

The region, famous for its wineries in its semi-arid climate and on volcanic soil, had lured the greatest states of the time, including the Hittites, Phrygians, Persians, Romans, Byzantines, Seljuks and Ottomans. It was also one of the earliest regions to adopt Christianity and survive from prosecution by building underground cities and settlements.

Despite existing historic settlements and continuous archeological interest in the region, Cappadocia is believed to contain countless historical sites and artifacts yet to be discovered.

The region is a tourism hotspot with boutique hotels and hot air balloon tours and has seen a significant rise in the number of tourists in recent years, especially from Japan and China.