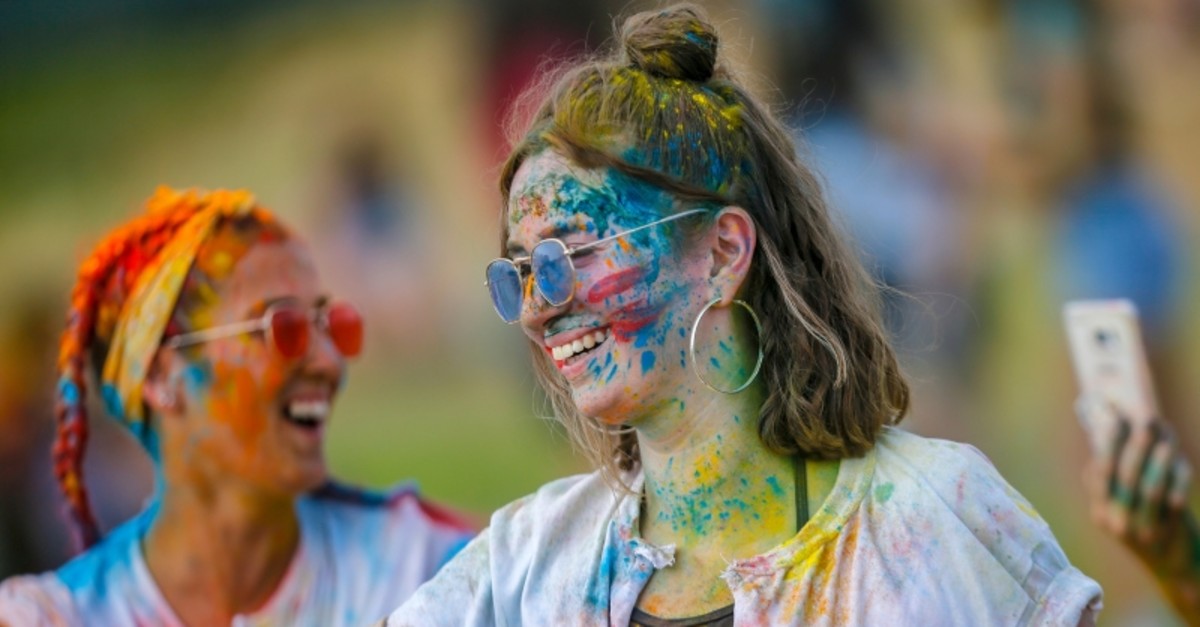 In addition to its Mediterranean blues, one beach in Turkey's southern resort city of Antalya was showered in a rainbow of bright yellows, reds and greens on Sunday.

About 7,000 people, including foreign vacationers, took part in the Dream of Color Fest put on by the Mai Tai Beach Club on Lara Beach.

Participants purchased powdered paints in blue, pink, purple, yellow, red and green and spent hours smattering each other with colors to the beat of live music. 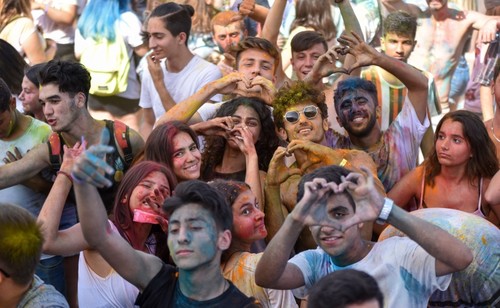 One of the organizers, Fatoş Köse, told reporters that the festival began in 2016, and welcomed 4,800 participants last year.

This year's event blew expectations of 6,000 participants out of the water by 1,000 people. Köse said the event on Sunday used 3 tons of paint, all produced organically from cornstarch.

"By creating a different concept with the paints, we aimed to entertain people," he said.