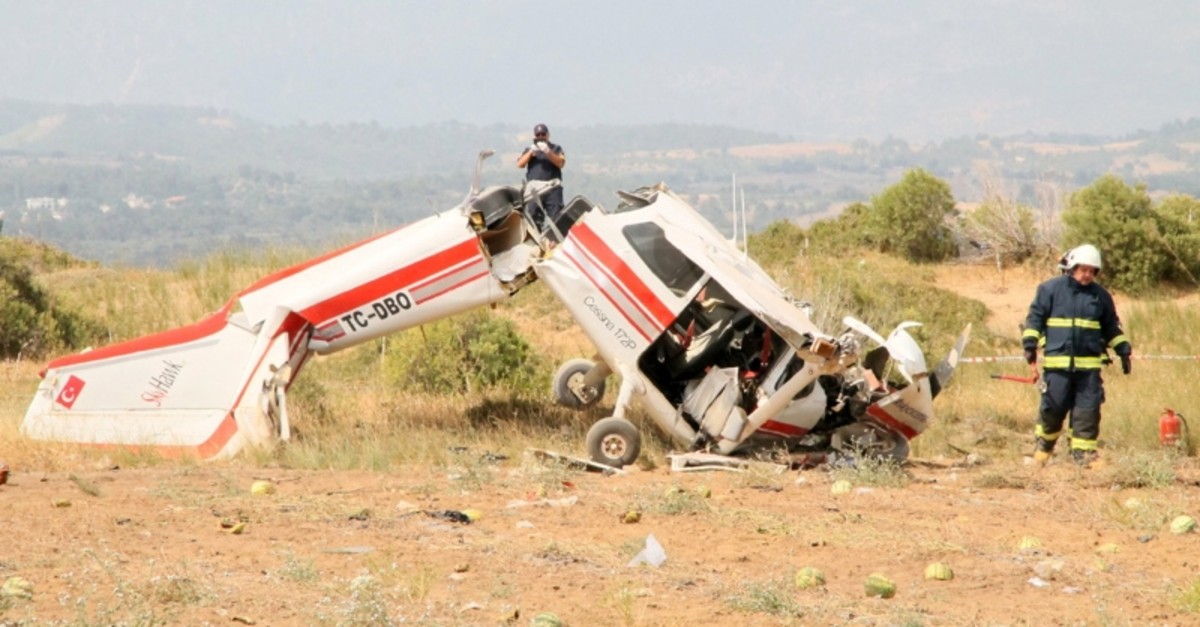 Munir Karaloğlu, governor of the Antalya province, told Anadolu Agency that three people were also injured when a civilian training plane went down in the Manavgat district shortly after take off.

The pilot, retired Capt. Levent Arslan, died in the crash. He was a former Turkish military officer.

Ataberk Gökmen, a student of Istanbul Bilgi University, also died in the crash.

Another student of the university, Devrim Gün, is being treated at a hospital.

The cause of the crash is so far unknown.

There will be an official investigation, the governor added.