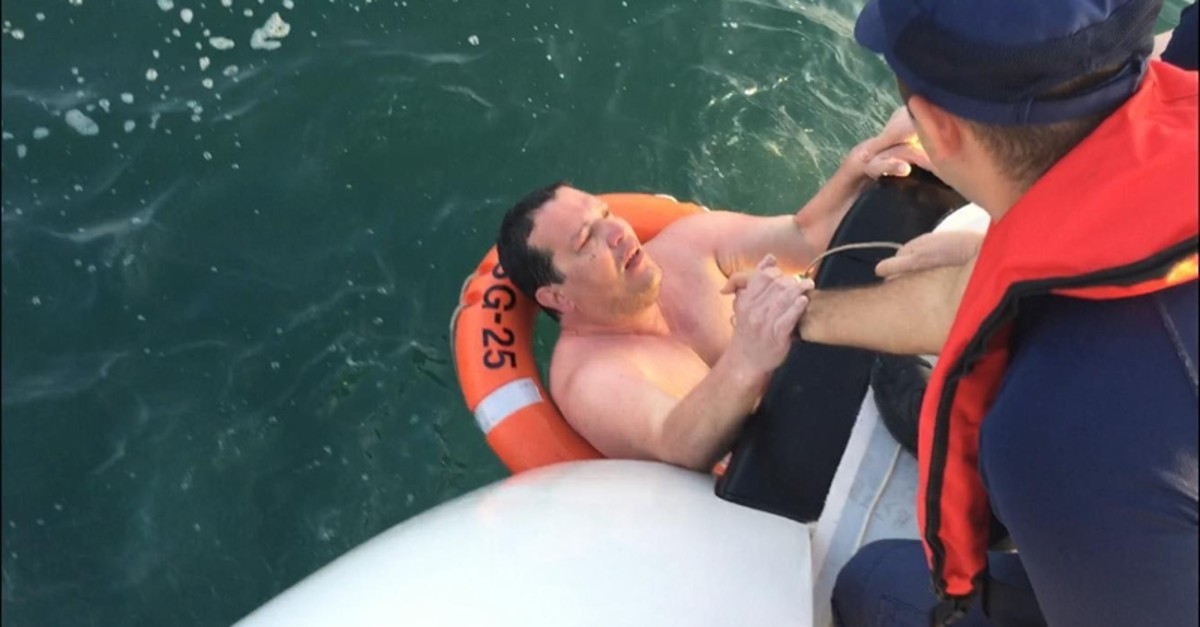 A Turkish man survived miraculously after spending 12 hours drifting at the Marmara Sea, but could not celebrate his rescue as two of his friends drowned and his father died of a heart attack just after seeing him safe and sound.

The boat's engine overheated after a while and the group decided to wait before they tried to restart it. Three people, including Şipka, and his two friends Serdar Sincan and his wife Natalie jumped off the boat to swim, but sudden strong northeasterly winds caused the boat to drift away, with the distance between them and the vessel rapidly increasing with every second.

Others on the boat managed to start the engine after a while and returned unharmed to Kurşunlu, where they informed security forces about the incident. Local gendarmerie units and the coast guard command in Mudanya district launched a search and rescue operation on beaches and at sea, assisted by two vessels, a helicopter, a diver team and drones.

Şipka was found at sea by a coast guard vessel off the coast of Altıntaş village between Kurşunlu and Mudanya 12 hours after he was lost. The body of 43-year-old Natalie Sincan was found on a beach in Mudanya 20 hours after the incident while her husband Serdar, also 43, remains missing with search units intensifying their efforts in the same district.

Şipka told reporters that they lost eye contact with their vessel within five minutes. "We started waiting. We talked with Natalie for over an hour but when Serdar said "Is this how everything ends?" I was very upset. I tried to motivate Serdar but he disappeared. Then I coincidentally came across Natalie again, and we spoke for a while but later she also disappeared. This time I fended for myself. I practiced what I knew. I knew I shouldn't be swallowing sea water or spend too much effort, and these saved my life," he said. The 45-year-old accountant also kept his body in the water, which was warmer than the outside temperature.

"It was wonderful to reunite with my wife after 12 hours. We were very happy when we came together but that happiness quickly turned into sorrow five minutes later when I remembered Natalie and Serdar," Şipka added.

That was not Şipka's only loss. He also lost his father Muhammet the very same day he was rescued. "Since my mother and my father are old, they were not informed of the incident, but my brother was so he stayed with them. But when I was rescued, I wanted to tell them myself because it was all too important. We went to their house with my wife and brother and I told them in person that I was fine. My brother called 10 minutes after we left and said that our father had suffered a heart attack. Then we lost him," he said.