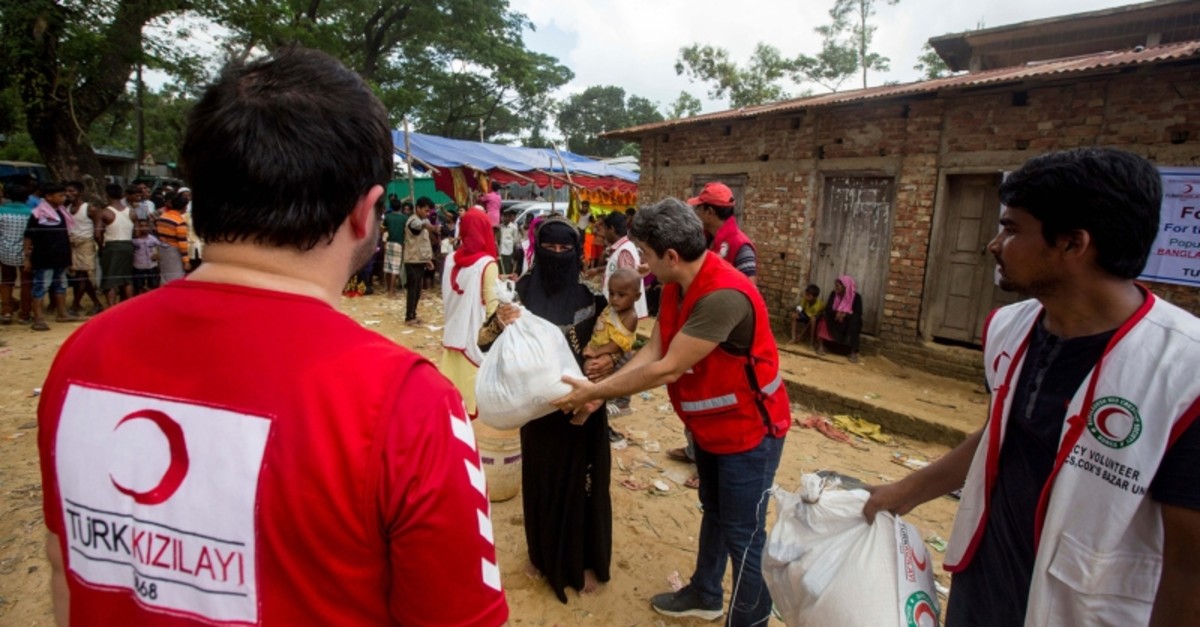 The Turkish Red Crescent, the most prominent charity of the country, marked its 151st year on Tuesday. The charity was founded on June 11, 1868 and over the years, evolved into an international humanitarian group from a small charity.

Its primary goal was to help soldiers wounded on the fronts, but over time, it went on to become a charity responding to natural and man-made disasters around the world under its ever-recognizable logo of red crescent facing left against a white background.

The group's logo is "the accepted protective and defining symbol for the medical services of armed forces in times of war, as well as for individuals and institutions," says the Red Crescent's official website. Its symbol cannot be used by any other individuals or institutions as it symbolizes immunity and neutrality during wartime.

Today, it is the largest humanitarian organization in Turkey, with an international network to help other nations in need. The charity stepped up international activities in recent years, shedding its image of focusing mostly on humanitarian aid within Turkey.

Issuing a message ahead of the Red Crescent's anniversary, President Recep Tayyip Erdoğan said the charity was "one of the world's most respectable institutions in its field."

Highlighting its importance, Erdoğan said the Red Crescent was a symbol of Turkish solidarity, social cooperation, mercy and compassion and a source of hope for all victims and innocent people.

The Red Crescent is active anywhere in the world when humanitarian needs arise but it maintains permanent offices in the Balkans, Cyprus, Iraq, Palestine, South Sudan, Yemen, Somalia, Afghanistan, Pakistan and Bangladesh.

Last year, it reached out to 7 million people in 53 countries for humanitarian aid. Along with simple food packages for people from disadvantaged communities across the world, Red Crescent provided accommodation and hygiene kits for them as well.

Although it is known as a humanitarian organization helping countries suffering from man-made and natural disasters, the Red Crescent is more famous in Turkey for its blood drives, soup kitchens and providing tents for displaced refugees and victims of earthquakes. It runs blood donation centers across the country, along with more than 350 mobile trucks where people can donate blood. It had about 2.7 million blood donors last year and carries out a joint project with Health Ministry for a stem cell database for people in need.

For Syrian refugees in Turkey, the Red Crescent is mostly known as supplier of Kızılay Card. The debit card distributed to more than 2 million refugees in the country, which hosts the largest Syrian refugee community at more than 3.5 million people, helps them with shopping at grocery stores with preloaded cash.