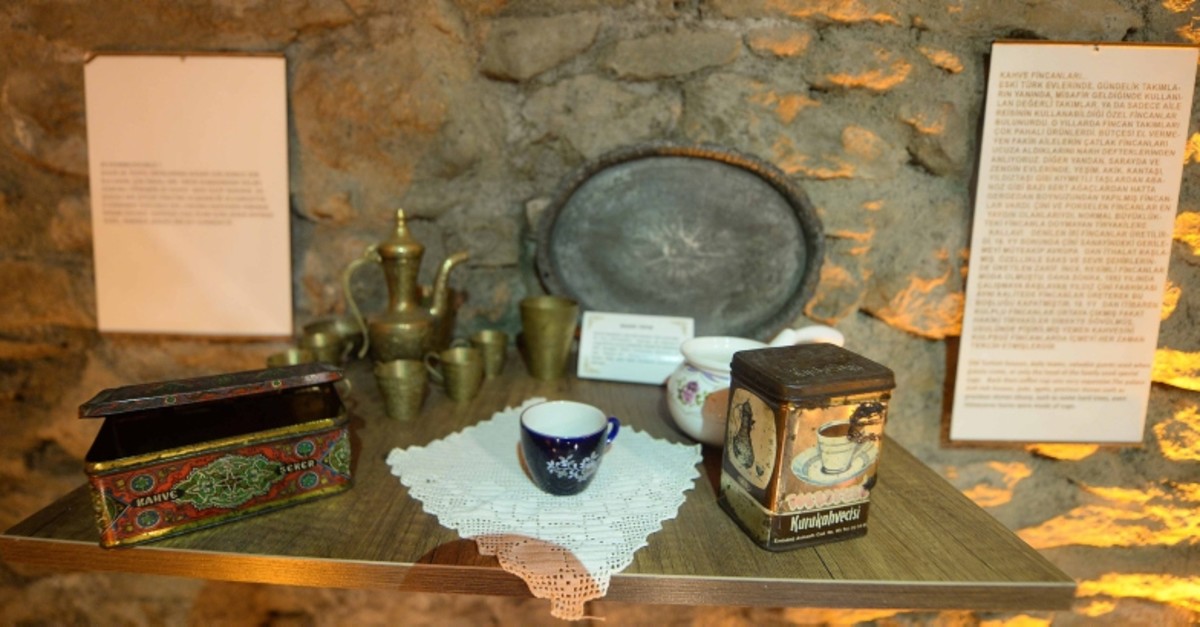 Naim Koca and Atilla Narin, authors of the book "The Lost Coffees of Anatolia," established the "Turkey Coffee Museum" along with Semih Yıldırım who invented a new kind of coffee made with saffron, in Safranbolu district after four years of work.

There are also approximately 40 coffee types served at the museum. "Burçak," "Zingarella," "Tarz-ı Hususi", "Mırra", "Cilveli", "Şehzade", "Hilve", and "Dibek" Are just a few of those served. The names change depending on either the product used in the coffee making process or the way it is made.

The museum also exhibits some historic items such as the cup that Ottoman Sultan Abdulhamid used for drinking coffee, the coffee pot of Sütçü Imam, a well-known hero of modern Turkish history, and the replica of the cup with which Mustafa Kemal Atatürk, the founder of the Turkish Republic, drank his last coffee. There is also a 12-pointed cup representing the 12 imams of the Bektashi Order, a Sufi dervish tariqat named after the 13th century Alewite Saint Haji Bektash Veli.

Naim Koca, one of the founding partners of the museum, told Anadolu Agency that he has been interested in the coffee business for some 20 years and has traveled across Turkey to learn more about it.

Although the museum has not officially been inaugurated yet, Koca noted that it is being visited by 200-250 people per day, especially by tourists.