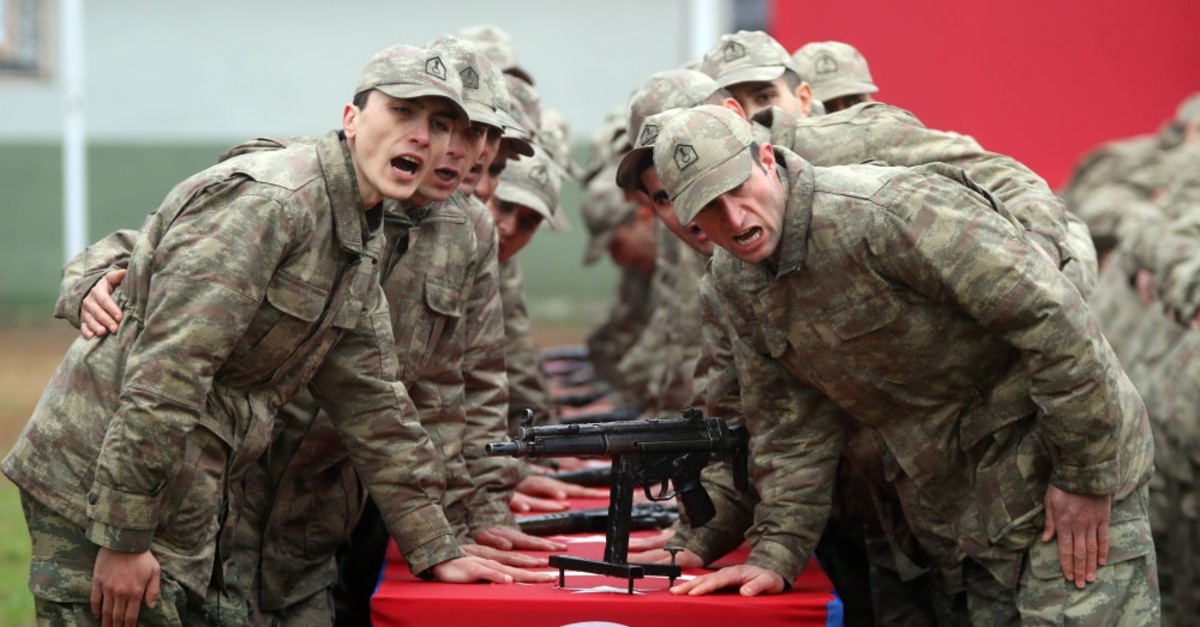 Parliament is debating a new, revolutionary conscription system as the military expects more than TL 5 billion in funds from the paid exemption and a more efficient, professional service

Conscription is a hot topic nowadays in Turkey as thousands of conscripts await discharge if Parliament accepts a new system that will shorten the compulsory service. The new model which will further reduce service for conscripts will also bring in revenue of about TL 5.1 billion for the Turkish Armed Forces.

The military calculated that revenues would surpass costs with the new model, expected to cost some TL 3.1 billion. Those revenues include payments by would-be conscripts for paid military service and "conscription with foreign currency" where Turks living abroad can pay cash to be exempted from long-term conscription. Some 145,000 people are expected to pay for paid exemption and that means TL 4.4 billion. Similarly, an expected 20,000 people will pay a total of TL 620 million for exemption through foreign currency.Currently, the army employs 657,000 military personnel and seeks to include more professional, career officers in its ranks instead of conscripts. According to the latest figures, the army employs 23,789 military officers, 62,174 noncommissioned officers and 73,966 specialist sergeants and corporals. The rest are "contract" officers or civilians without military academy training who are recruited upon application as entry-level officers.

More than 229,000 people serve as conscripts currently. Another 200,000 military personnel are employed as gendarmerie officers. In other words, almost half of the army is composed of professional, career officers instead of conscripts, who were once the majority in the Turkish Armed Forces. Authorities expect a further increase in the number of contract officers and other professionals by the next year with new applications.

İsmet Yılmaz, the lawmaker who heads Parliament's National Defense Committee, says that about 66,000 people would prefer staying in conscription after their mandatory service ends. Under a draft bill, mandatory service for every young Turkish man will be reduced to six months from 12 months and those who want to serve six months more will be paid about TL 2,000 per month.

The new system also brings permanent, paid military service for those who can afford it. For paid exemption, conscripts will be required to undergo one-month military training, and they will be exempted from the rest of the five months of service by paying TL 30,000.

If the new law is approved, 106,000 conscripts will be discharged earlier than they were scheduled but officials dismiss concerns that there will be "a shortage of soldiers" in the army which is engaged in counterterrorism operations amid multiple threats from the terrorist groups.

Turkey currently has the second largest army in NATO after the U.S. Army. Yılmaz says that the new system would allow the Turkish Armed Forces to be more efficient in recruiting specialized personnel.

In a tweet yesterday, President Recep Tayyip Erdoğan said they needed the new conscription system as the modern times made the profession of soldiers a vocation necessitating a very good training and specialty. Military service is viewed as a patriotic duty by the majority of Turkish citizens, but it also poses a dilemma for the army which has to provide professional training to thousands of inexperienced conscripts in a short time. The country already decreased the number of conscripts, especially in risky areas where counterterrorism operations against the PKK terrorist group are being conducted in southeastern and eastern Turkey. It also started hiring contract officers to aid career officers in risky operations and for the defense of national borders. Erdoğan says Turkey has long been preparing to switch to a professional army in a planned way and noted that there was an obvious backlog of youth of conscription age.