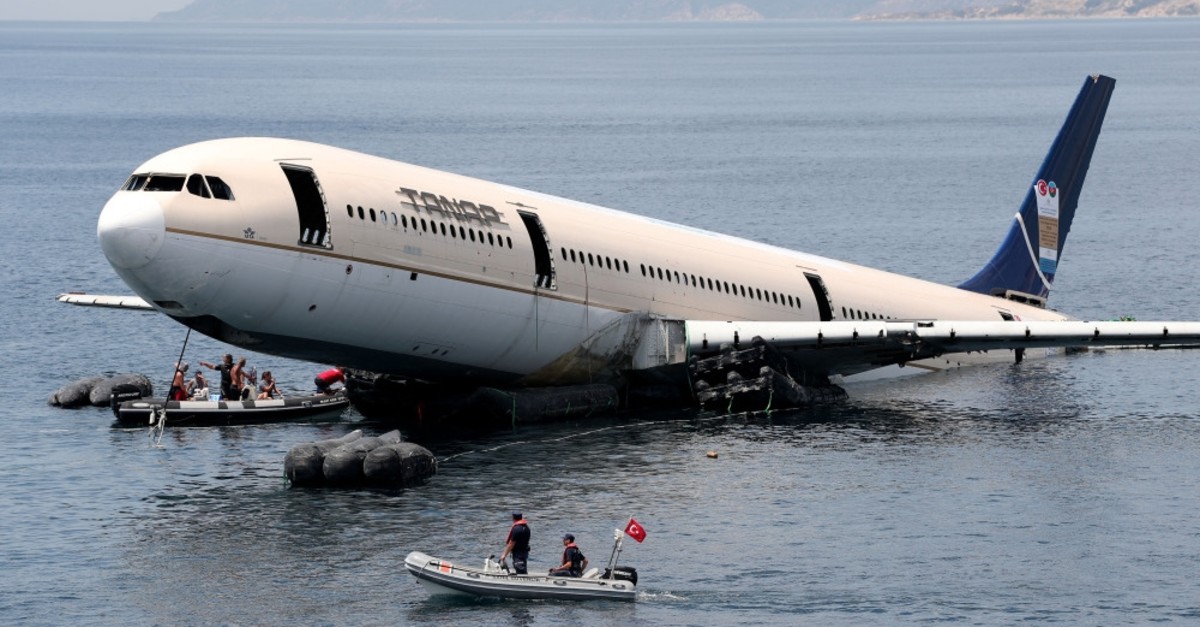 Amid curious looks of locals rushing to take photos, an Airbus A330 was submerged in Saros Bay in the northwestern Turkey's Edirne on Friday.

The giant plane, reassembled in the city after it was transported from the southern city of Antalya, will be a major attraction for diving tourism.

Local authorities said it was the world's largest airplane ever submerged for diving tourism. It took four hours for the crews to sink the 90-ton passenger plane. The decommissioned aircraft was brought to Edirne under the sponsorship of Trans-Anatolian Natural Gas Pipeline Project (TANAP) and as part of a deal with a local tourism union.

It was towed to large rubber boats to the spot it was submerged. The boats were then deflated to allow the plane sink in its intact state. The aircraft was laid at a depth of 30, around half a nautical mile away from the shore.