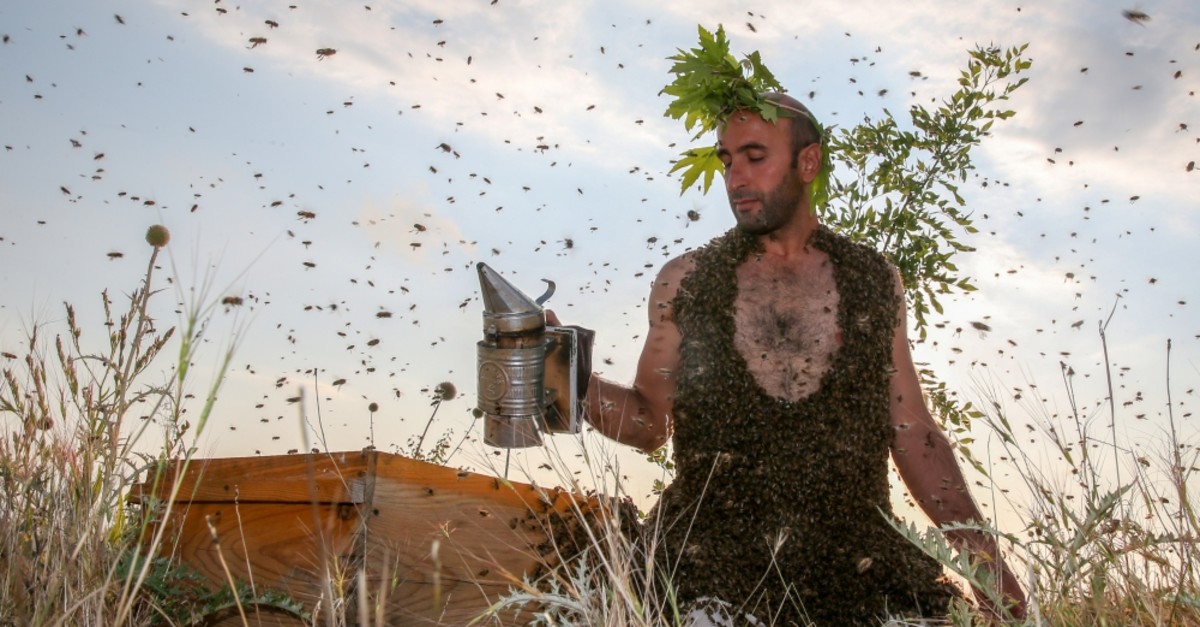 For a beekeeper in eastern Turkey, harvesting honey from striped insects is all in a day's work and so is his quest to set a new world record. So far, Abdulvahap Semo has managed to "grow" a "bee beard" weighing a whopping 10 kilograms, but to qualify for the Guinness Book of World Records, he has to aim far higher, for six times that many bees covering his body.

Current record holder Ruan Liangming of China got his buzz on covered in a thick layer of an estimated 637,000 bees weighing some 63.7 kilograms. But Semo, from eastern Turkey's Van, is undaunted.

"My third try was a success," he told Anadolu Agency (AA) on Friday. "I'm hoping to break the world record."

Before growing a bee beard, Semo, or "Bee-Man" as his friends call him, first calms the bees using smoke and then develops a hive on his body by pouring on thousands of bees.

"It's risky," Semo said after about two hours of work covering most of his body with bees. He said he would need help from friends to break the record. Semo said he has been harvesting honey for 33 years, adding that his body has become immune to bee stings.

"I know their language," Semo said. "Usually I don't wear gloves or a cap when I work with bees."