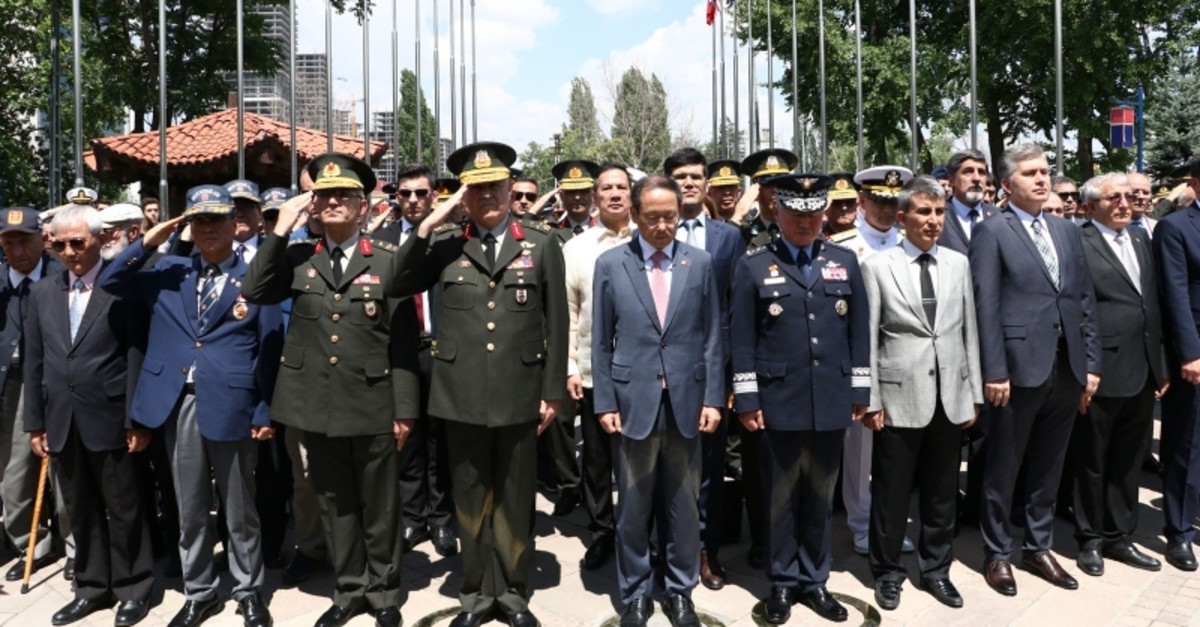 Turkish soldiers who were killed in action during the Korean War were commemorated Tuesday in a ceremony held in the Turkish capital Ankara on the 69th anniversary of the war.

A wreath was placed on the monument for the fallen soldiers while participants sang the national anthem of both countries and observed a minute of silence for those killed in the Korean War.

Speaking at the ceremony, Tandoğan noted that Turkey sent 56,538 soldiers to South Korea between 1950 and 1971 and some 21,212 of those were wounded in the conflict.

Ambassador Choi said that Turkish soldiers arrived at Busan Harbor in South Korea after a 30-day voyage and shed their blood for a country they did not know well.

Choi said Turkish soldiers fought fearlessly in many battles and declared their courage to the world. He noted that they played a key role in the United Nations forces taking the northern part of the Han River in January 1951, especially with their victory near the capital Seoul.

He added. that besides these contributions, Turkish soldiers provided aid to the Korean people who were facing great difficulty, from the construction of an Ankara school to educate abandoned children to caring for war orphans, as depicted in the Turkish film "Ayla," which tells the true story of a Turkish sergeant who took an orphaned Korean girl into his care during the Korean War.

Choi said the Korean War holds an important place in the history of humanity, as an instance of those who favor freedom and peace uniting to fight against injustice and violence. "The sacrifices of Turkish and U.N. soldiers will always be remembered and honored," he said.

Turkey joined the Korean War under United Nations Command from 1950 to 1953 in efforts to support South Korea in its struggle against North Korea for freedom, democracy and independence. A total of 741 Turkish soldiers were killed during the war.