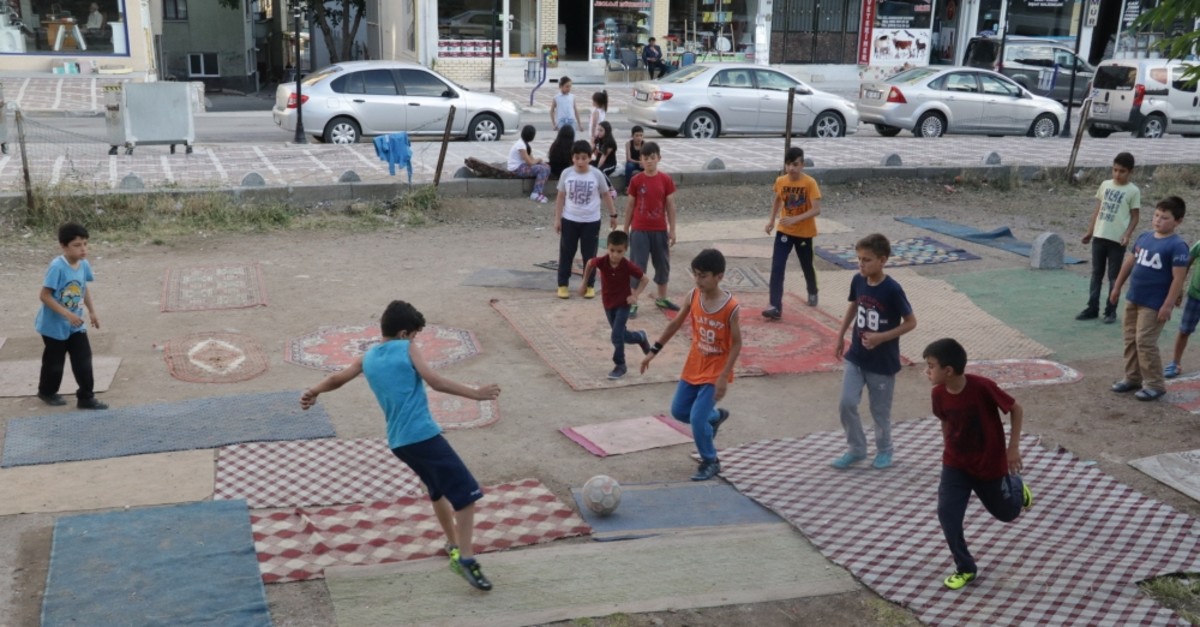 After images of a group of boys playing on carpets on the street went viral, the Turkish presidency moved to give them the real deal: an artificial grass pitch.

Artificial grass pitches are known as "carpet pitches" in Turkish and they are home to the popular pastime of amateur football all across the country. A group of boys in central Turkey's Yozgat found a way to simulate a pitch as the only place they can play football was an empty lot filled with stones in their neighborhood. Clearing the stones, they brought in old carpets and rugs from home and covered the place with them, "so we will not be injured when we fell," Arda Açıkgöz, one of the boys, said.

Yozgat Governor Kadir Çakır said Vice President Fuat Oktay and Sports Minister Muharrem Kasapoğlu instructed the governorate to set up an artificial grass pitch for the children after hearing the news. Mayor Celal Köse said they had plans to build sports halls in 10 neighborhoods but they decided to speed them up after learning about the children playing football on the carpets. Officials visiting the children in their makeshift pitch also gave them a football as a gift. Sports Minister Muharrem Kasapoğlu tweeted that they would build "the best pitch they can" for the children and hoped the children would invite him for their first match on their new pitch.