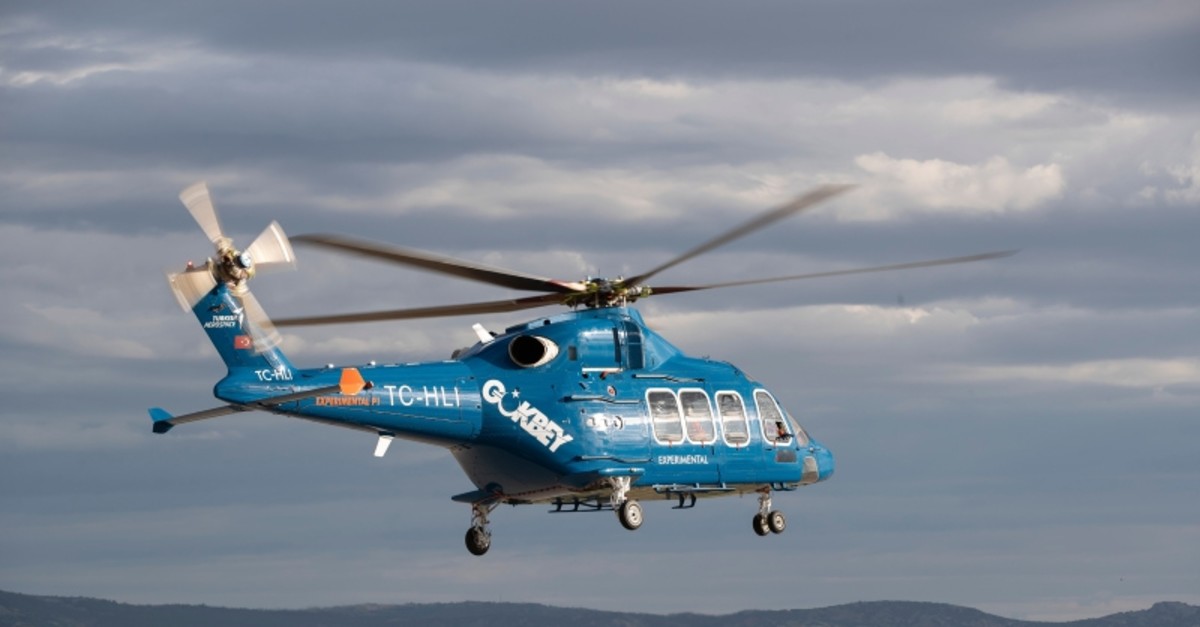 The second prototype of the domestically produced Gökbey helicopters initiated under the scope of a project by Turkey's Presidency of Defense Industries (SSB) successfully completed its first certification flight, SSB said in a statement Saturday.

The certification flight tests of the second prototype of the Gökbey helicopters produced by Turkey's leading defense company, Turkish Aerospace Industries (TAI) is planned to be completed in 2021.

SSB Chairman Ismail Demir shared a statement on his social media account, saying that the Gökbey helicopter made its first certification test flight.

"Another important step in the project was completed with the 45 minute-flight test," Demir said, congratulating everyone who contributed to the project.

The first prototype made its maiden flight in September 2018 and the mass production of the helicopters is planned to take place after the certification process of the second one was completed.

Gökbey General Purpose Helicopter was designed to operate effectively in the most challenging climates and geographies, at high altitude and high temperatures and in addition to structural and avionics systems, the design and production of critical systems such as transmission, rotor and landing gear were also developed by using national resources.

Gökbey helicopters will also be used in areas such as VIP and cargo transportation, air ambulance, search and rescue ambulance services along with offshore transport missions.