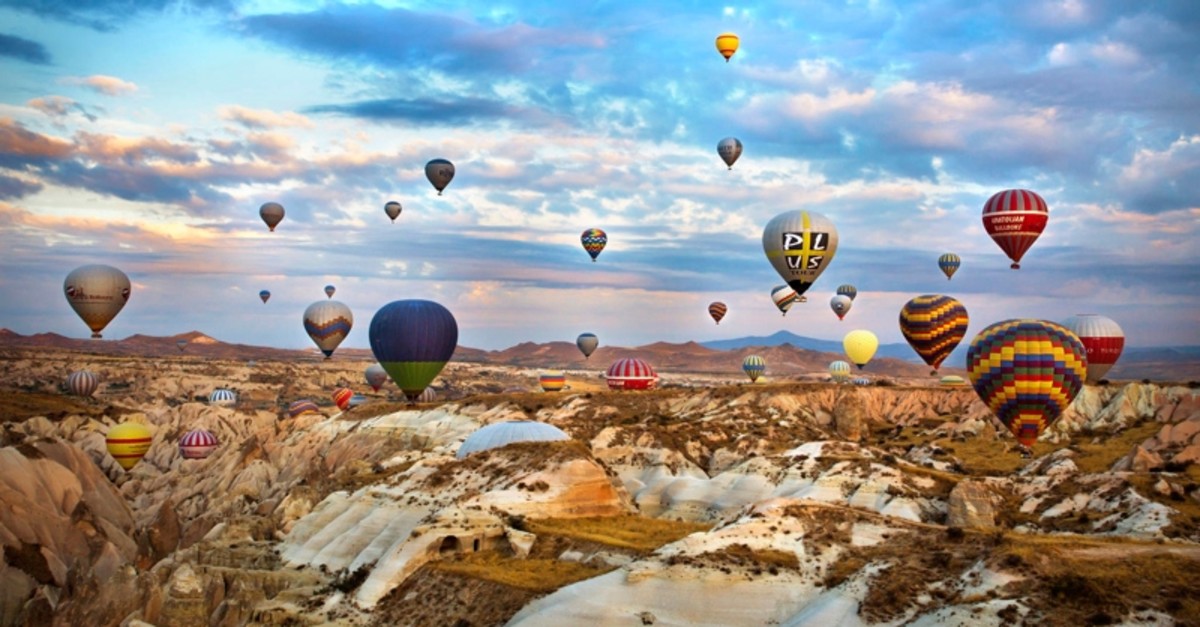 A Turkish lawmaker invited domestic and foreign tourists to a hot air balloon festival to be held for the first time in Cappadocia on July 3-7.

"We are sharing the happiness of holding the festival for the first time in Cappadocia," Mustafa Açıkgöz told Anadolu Agency on Tuesday.

"We are inviting domestic and foreign tourists to the festival," said Açıkgöz, a ruling Justice and Development Party (AK Party) lawmaker from the central Nevşehir province.

''After the hot air balloon festival, we plan to hold a film festival in Cappadocia, which is a natural film studio," he said.

The Cappadocia International Hot-Air Balloon Festival, slated for July 3-7, will be organized by the province's Ürgüp district municipality.

During the event, some 150 balloons will take six different flights and 20 balloons of various shapes from nearly a dozen countries will take to the skies.

The festival will also feature a glowing balloon in the evening, lit up in sync with rhythmic music.

Açıkgöz underlined that a target of seven million tourists by 2023 had been set in Cappadocia.

Cappadocia is prominent for its unique "fairy chimney" volcanic cones, valleys, underground cities, boutique hotels and houses carved into the rock, as well as its churches, chapels, and shelters used by early Christians fleeing the Roman Empire.

Tourists can also enjoy a bird's-eye view of the historical sites in hot air balloons.