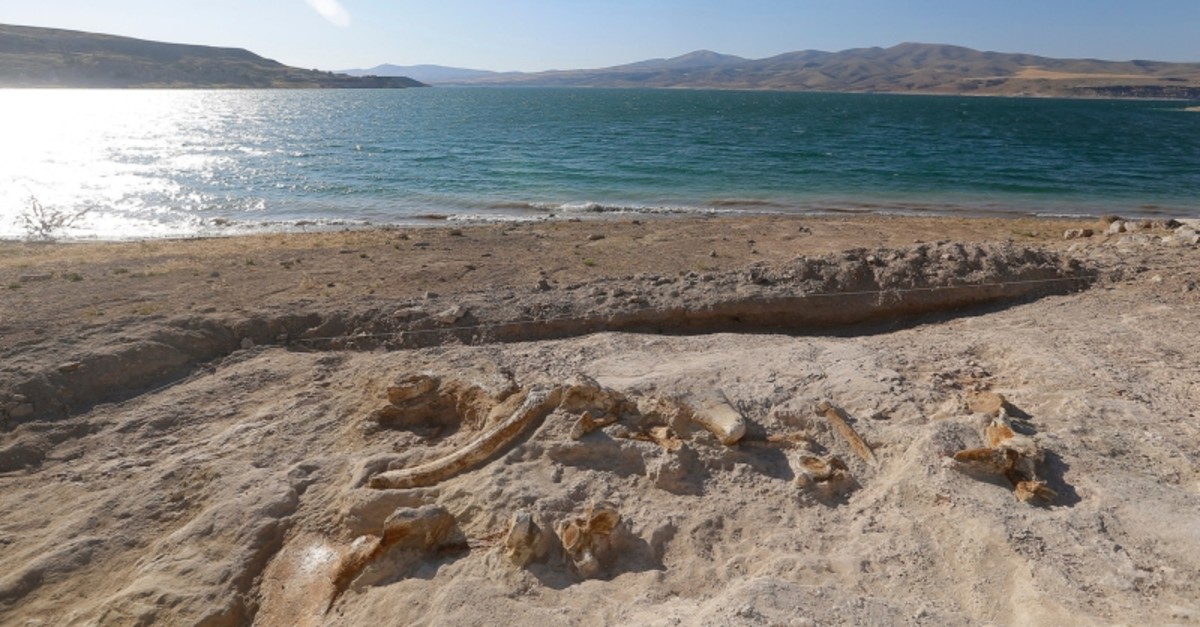 A 7.5 million-year-old giraffe fossil was discovered in Kayseri, central Turkey, the provincial municipality said in a statement Friday.

The giraffe fossil was unearthed near the Yamula Dam in the Taşhan neighborhood during excavation works, which were launched after a shepherd discovered another animal fossil in the area.

New archeological findings in the area include a fossil of the upper jaw of a giraffe and the vertebrates and scapula of elephants, discoveries that have also attracted the attention of scientists across the world. Geologist Matti Lehikoinen from Finland's Helsinki University, Geomorphologist Maud Meijer from the Frankfurt Institute of Natural Science in Germany and Faisal Bibi from the Berlin Museum of Natural History have said they will soon come to the city to see and examine the fossils.

Excavation works will continue in the area until remaining fossils are unearthed and after completion, the area will be opened to visitors, Kayseri Metropolitan Municipality Mayor Memduh Büyükkılıç said in a statement.