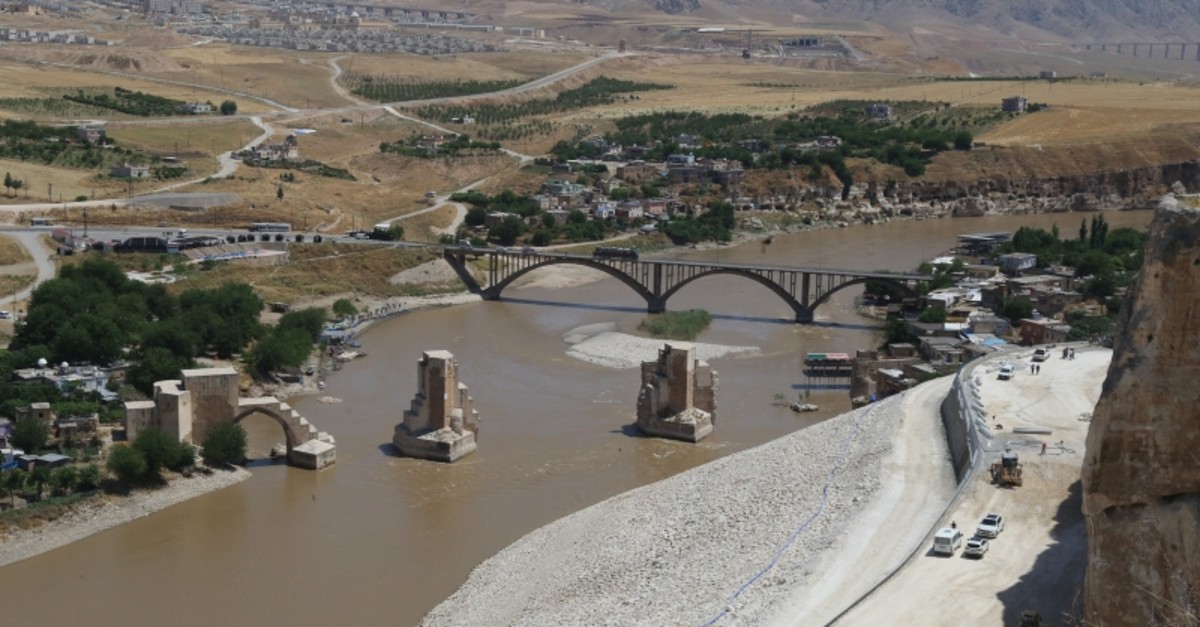 The historic Hasankeyf castle in a thousands-of-years-old town in southeastern Turkey's Batman province will be taken under full-scale protection against rising water levels from the reservoir of a recently-established dam in the nearby area, while ancient artifacts within the castle will either be transported or reinforced and displayed to visitors.

Protection and consolidation works on the castle of Hasankeyf, which bears the same name as the ancient town itself, were initiated after Turkey's fourth largest dam the Ilısu Dam was inaugurated.

The Hasankeyf Castle, which was home to several civilizations from over 12,000 years ago up until the 1970s, now houses many ancient and historical artifacts and buildings, including those from Ancient Rome, the Artuklu Dynasty and the Ottoman Empire.

To protect those artifacts and buildings from flooding, a one-kilometer-long and 60-meter-high wall has started to be built around the castle within the scope of protection efforts.

After the works are completed, the castle will be opened to local and foreign tourists, and a harbor will be built for easier access to the historical citadel.

Saying that there were waterways built within the castle to meet settlers' water needs and they were used until the 1970s, Koç noted that they plan to reactivate those waterways.

"When the works are completed, there will be a beautiful landscape," said Koç, adding "tourists coming here will have the opportunity to visit both the castle and many other places in the lake area."

Hasankeyf is one of the oldest continually-settled areas in the world. It is located right on the banks of the Tigris River, the area around which is known as "the cradle of civilization." The town's surrounding areas are home to thousands of man-made caves carved out of limestone cliffs as well as hundreds of medieval monuments, making the area an open-air museum.