Once off-limits because of terrorism, highlands are alive again 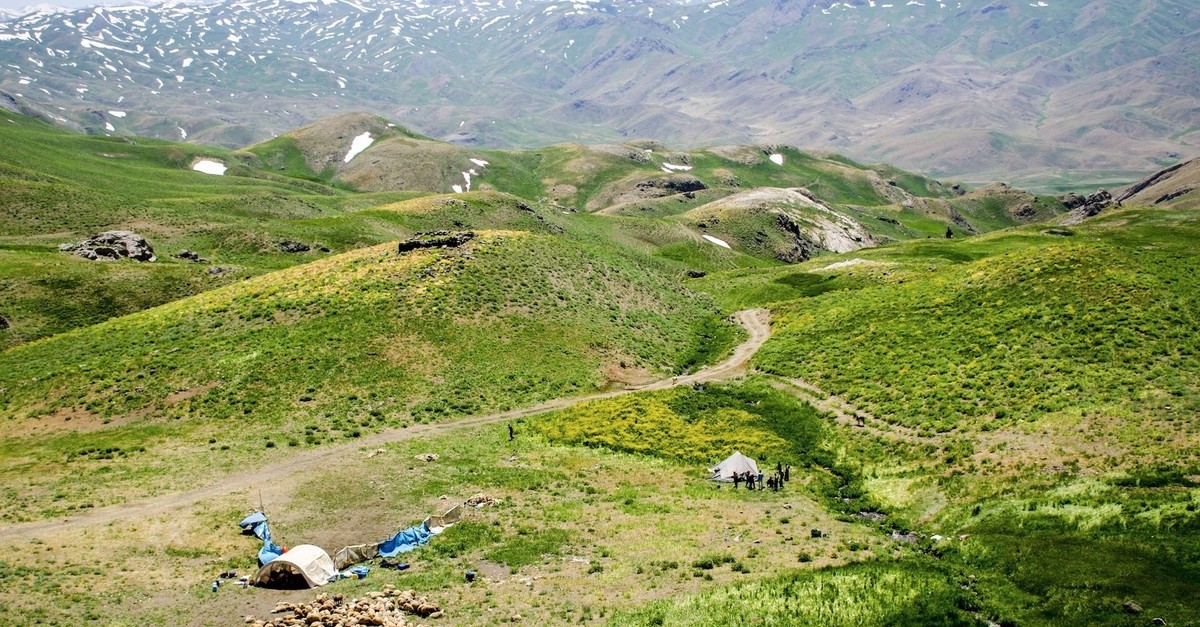 Long gone are commandos chasing terrorists from the notorious PKK group in the Faraşin highlands of Şırnak, a small southeastern province famed for its pastures. Nowadays, Faraşin, located at an altitude of 2,625 meters, is home to animal breeders who feared to come for years to the highlands plagued with terrorism.

A deputy minister joined animal breeders known as "göçer" who travel to the highlands in summer for yesterday's "lamb shearing festival." A long-held cultural tradition, the shearing is an occasion celebrated by breeders who used to flock to Faraşin every summer before the PKK made it a no-go area with its constant barrage of terror attacks. "I hope this place will develop more," Ahmet Haluk Dursun, deputy minister of Culture and Tourism said at the festival, referring to the sense of peace restored to the area in Şırnak's Beytüşşebap district. Dursun says they were working on making highlands a place to visit for lovers of nature tourism.

Şırnak Governor Mehmet Aktaş says that the terrorism cost a drop in animal husbandry in the area as breeders could not take their livestock to the highlands for feeding. "Now the people are free to take their animals to the outskirts of Kato," Beytüşşebap Mayor Habip Aşan said, pointing to the mountain where Faraşin is located. Kato was once a name that most people living in the western parts of the country heard in news as one of mountains where security forces continuously carried out counterterrorism operations. But it has much more to offer, Aşan says. "We have a patented honey produced exclusively in Faraşin. We will also create cheese, milk, yogurt brands from the produce breeders make here," he says.

Last year, there were only 612 breeders who spent the summer in Faraşin and this number went up to 1,012 this year. Along with those who chose safer locations, returnees include original inhabitants of the highlands. Faraşin was the site of a small, peaceful village before the PKK members burned it to the ground in the 1990s, forcing locals to resettle in central Beytüşşebap. A place with immense pastures, cool weather and abundant water resources, it is an ideal location for local breeders who arrive with their families in the summer and live in tents they set up. Their main income is the sale of milk and cheese from the livestock. Kemal Aslan is one of them and says Faraşin "significantly changed" in recent years and hundreds of breeders, accompanied with their thousands of livestock, returned. Aslan says they only need funds, loans and similar incentives from the state to further develop breeding, as well as beekeeping in the highlands.

Ramazan Kılıç arrives from the İdil district and says Faraşin is their preferred place for animals. "It has cold water, large, green pastures. We come in the spring and stay here for six months," Kılıç says. Kılıç has been to Faraşin for the past two years and admits he did not know it was "this beautiful" before.