'Hackathon' to give insight into coups 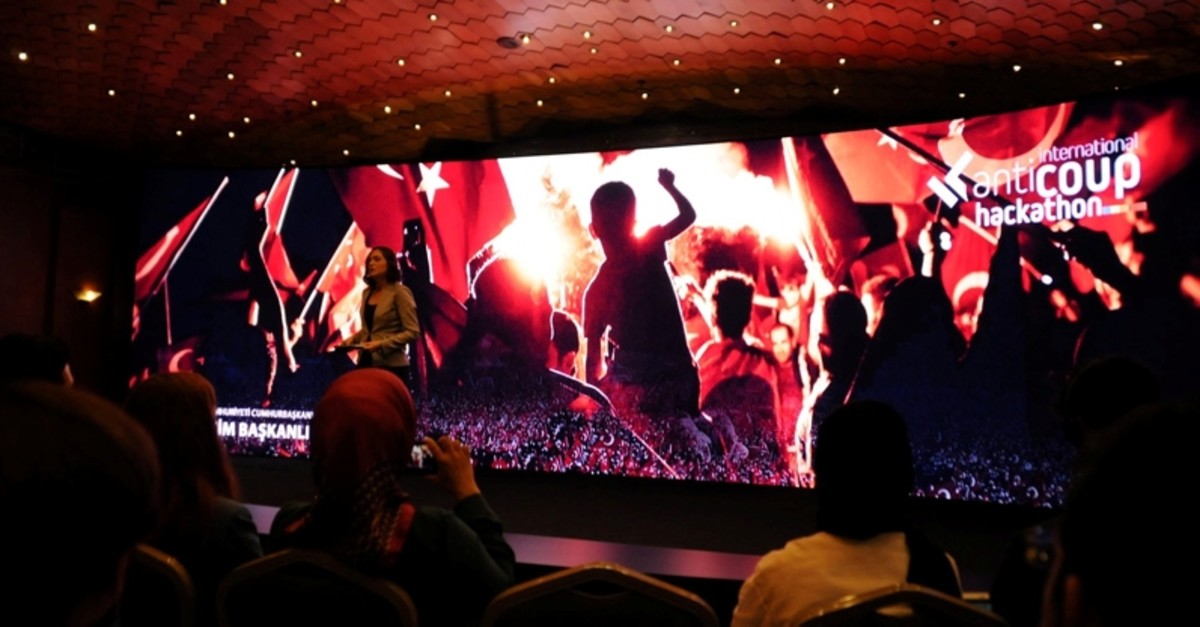 The Communications Directorate of the Turkish Presidency unveiled a new "hackathon" that will focus on military coups and how to fight them.

The July 15 International Anti-Coup Hackathon, set to be held in September, was presented at a press conference in Istanbul yesterday.

On July 15, 2016, Turkey faced a coup attempt carried out by the military infiltrators of the Gülenist Terror Group (FETÖ). The coup, however, failed in the face of strong public resistance.

Speaking at a press conference, Mücahid Eker, the media affairs coordinator for the Communications Directorate, said July 15 showed how the Turkish nation protected their country, at the cost of their lives, against a threat to its independence and future. Eker highlighted there was a need "to create a memory to remember the honorable resistance as well as the suffering on that day." "The hackathon is a part of that effort. It will be first of its kind in Turkey and in the world as an event that will try to present solutions on how to prevent coups. It will also analyze the impacts of military coups in the world," he said.

The hackathon will involve data analyses on military coups as well as applications themed with anti-coup elements. Some 15 teams from Turkey and around the world will join the event, which will be broadcast live online and on TV.

Ricardo Baretzky, president of the International Cyber Policing Organization (CyberPOL) who attended the press conference, said many developing countries face coups since World War II and they have always hindered those countries' economies and democracy."We should be vigilante against future coups that may shake off the stability. The world is going through a phase of the crisis," he said.

Baretzky pointed out that perpetrators of the July 15 coup attempt in Turkey used data to seize power but the attempt also showed how technology could save a country from such catastrophe, referring to the use of social media and other technological means to mobilize people against the coup. He said the hackathons could be key for applications to collect big data to prevent coups by analyzing past coups and their effects.