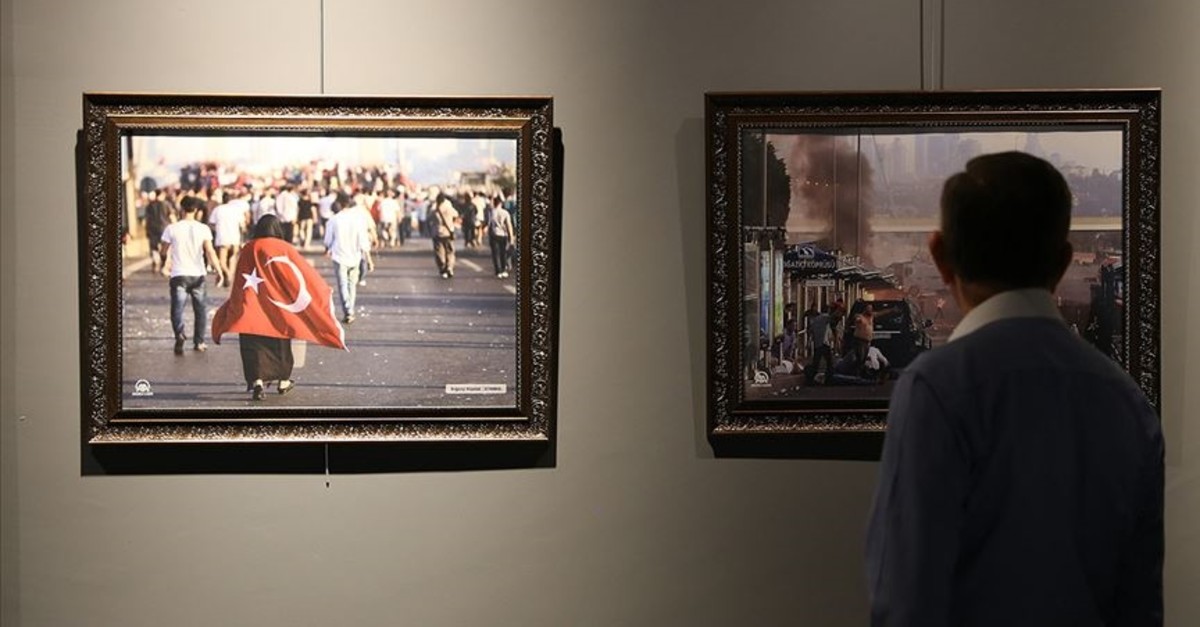 The museum contains images and videos both on the coup attempt and its aftermath, when people took to the streets in pro-democracy rallies.
by Daily Sabah Jul 17, 2019 12:13 am

A new museum opened in the capital Ankara yesterday, which sheds light on what transpired during the July 15, 2016 coup attempt in the capital and across Turkey, with video installations and photos about the night on display

The July 15 Martyrs and Democracy Museum opened yesterday in the capital Ankara's Kahramankazan district. Built by the Culture and Tourism Ministry, the museum aims to inform visitors about the July 15, 2016 coup attempt that killed 251 people and injured nearly 2,200 others.

Through video installations, photos and the personal belongings of coup victims, the museum tells the stories of the coup attempt, which was the work of military infiltrators of the Gülenist Terror Group (FETÖ).

The museum is located in Kahramankazan, formerly known as Kazan, a district where the notorious Akıncı Air Base was situated at the time of the coup attempt. Locals flocked to the base, which served as command center of putschists, trying to make their way inside to stop the putschists. Some local people set their crops in fields around the base on fire to block the visibility of warplanes taking off from base to strike several locations in Ankara. Nine people were killed in the district while trying to confront the putschists who indiscriminately opened fire on crowds gathered around military units deployed by coup plotters. The district was renamed "Kahraman (hero) Kazan" after the coup attempt was thwarted. 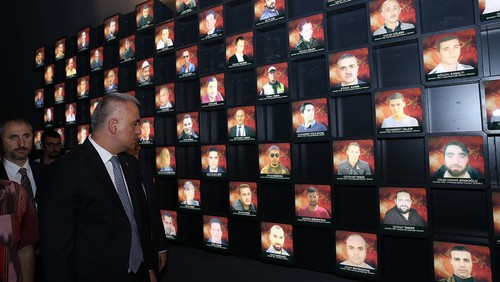 Culture and Tourism Minister Mehmet Nuri Ersoy inaugurated the museum where photos and videos about victims of the coup attempt are on display.

A video and photo installation at the entrance welcomes visitors and gives them firsthand experience of what happened on the fateful night of July 15, 2016. On one wall, a timeline gives almost minute-by-minute information about the developments during the coup attempt. On another wall are photos of incidents in Kahramankazan and other places. Sound effects and 3D effects accompany the installations. In another section of the museum, visitors will see the life stories of Kahramankazan locals who were wounded while resisting the coup attempt. The stories are accompanied by interviews and illustrations of photos taken on July 15 in separate booths devoted to anti-coup figures. In the middle of the main hall of the museum is a digital screen where videos and photos display how President Recep Tayyip Erdoğan and his family spent the night of the coup attempt. Erdoğan and his family were on vacation in southwestern Turkey when the putschists moved to seize power. They left their hotel before a team of assassins arrived and managed to fly to Istanbul secretly. Erdoğan would arrive in Istanbul later and mobilized the nation against the putschists.

'LIVING MEMORY OF THE NATION'

Another section of the museum is dedicated to the "nine martyrs" of Kahramankazan. Screens set up there show three-minute videos about each martyr, while photos of each and their personal possessions are on display in the same section. A main exhibition hall is dotted with electronic kiosks giving information about the coup attempt. Another hall is dedicated to photos of all 251 victims of the coup attempt.

The museum, built on an area of about 3,600 square meters and at a cost about TL 17 million, also features a 340-seat conference hall and halls for permanent and limited exhibitions, along with a children's workshop.

Speaking at the opening ceremony, Culture and Tourism Minister Mehmet Nuri Ersoy said Kazan was home to "one of the greatest sagas" during the "the night of heinous coup attempt," and the museum would "carry this saga and others to the future and preserve its memory in the minds of future generations."

"This is the living memory of our honorable nation. It is the nature of people to forget. Though we remember what happened in the past, it is difficult to fathom its impact, its value at the time it happened. It is important for future generations to know thoroughly and understand thoroughly what happened on July 15. This museum is one of the valuable monuments to remember. We will convey to future generations how our honorable nation, at the cost of lives, did not give up in the face of those trying to eradicate our independence and state," the minister said.

"The museum will be home to lessons about how cowards who relied on tanks, aircraft and helicopters they hijacked turned into poor, weak beings before the courage and solid will of our nation. There is a clear message here: you either exist with this nation or go down in shame by standing against the nation," he said. The minister added that the July 15 resistance was only a new chapter in the Conkbayırı, Anafartalar, Sakarya and Dumlupınar sagas, referring to battles during and after World War I, during Turkey's War of Independence.

Mithat Takdemir, father of Ömer Takdemir, a 20-year-old worker who was killed by putschists while confronting them outside Akıncı, was among those who attended the inauguration ceremony for the museum. "My son was a fan of President Recep Tayyip Erdoğan. When he heard him speaking on TV, calling people to get out, he wanted to go. He had just arrived from a wedding party. He was about to leave, but I saw him standing in front of the door. He was a kid who never disobeyed me. I felt he was waiting for my approval. I told him he could go to city hall [where a crowd was gathered to protest the coup]. I was waiting for him to call for hours. It was early morning when my nephew called and told me Ömer was shot at Akıncı," Takdemir said, recalling the 2016 night. "He's gone now, but those traitors [behind the coup] forgot something. You can kill one, but there will be thousands in his place," the father said in an emotionally charged speech.