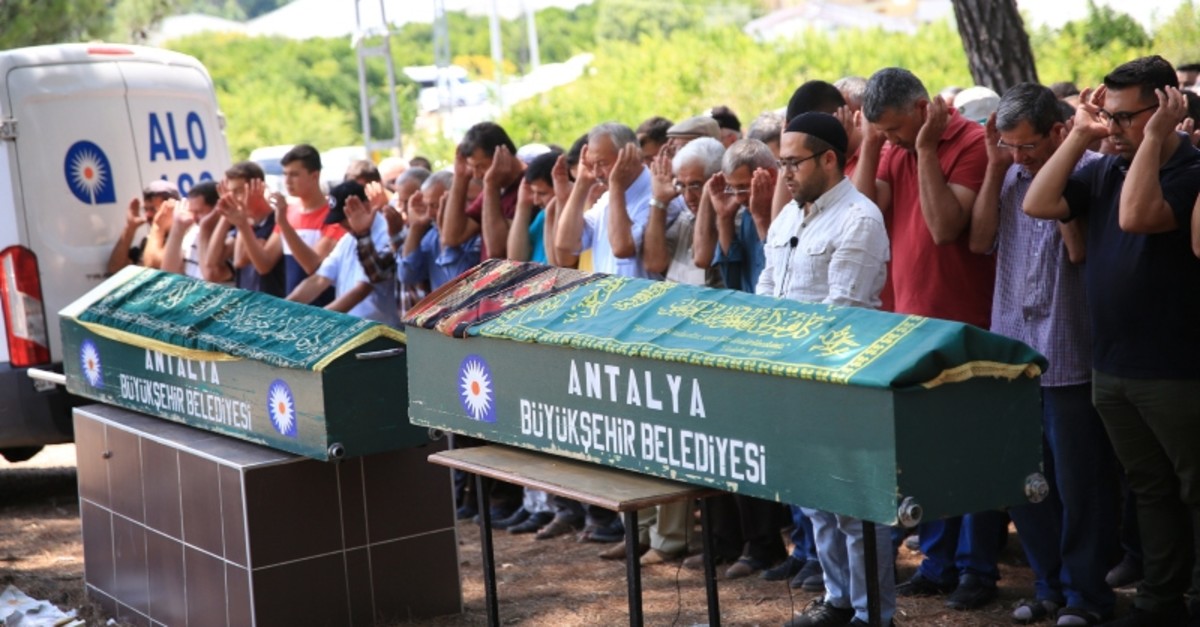 Relatives of Yu0131lmaz couple and their fellow villagers attend their funeral prayer in Akdamlar village, in Antalya, southern Turkey, on July 19, 2019. (AA Photo)
by Daily Sabah with AA Jul 20, 2019 4:56 pm

A husband and wife who set an example to those around them for 70 years of loving marriage died 26 minutes apart in line with their voiced wish.

Raziye and Abdurrahman Yılmaz, both 92, spent their lives in the Moryer Highland, located 16 kilometers away from Antalya city center in southern Turkey.

The Yılmaz couple, who met through an arranged marriage, stood against difficulties of rural life together and set an example and became a source of inspiration in their native Akdamlar village for newlyweds. They managed to raise 11 children and 30 grandchildren with a modest income from farming. 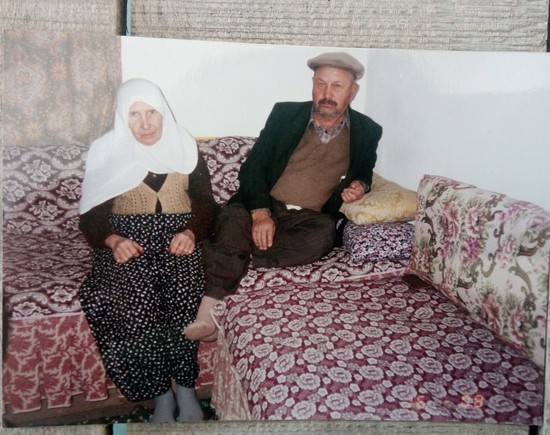 Raziye Yılmaz died at their house early Friday at 07:30 a.m. due to old age, while Abdurrahman died at a hospital at 07:56 a.m. while receiving treatment for the last 40 days. Their children and relatives were deeply saddened over their loss on the same day.

A funeral prayer was held for the couple in their native village and drew a large crowd. They were later interred at the village cemetery next to each other.

"They did not want to leave each other alone in this world. They were destined to be together," villagers told Anadolu Agency.

Their son Turan Yılmaz, 55, said they were both saddened and surprised to lose their mother and father at the same time.

"They loved each other very much. My father always said to my mother 'we will die together, God willing we will die at the same,' and my mother would laugh and agree. They must have sensed it, so to say, their wish came true," he said.