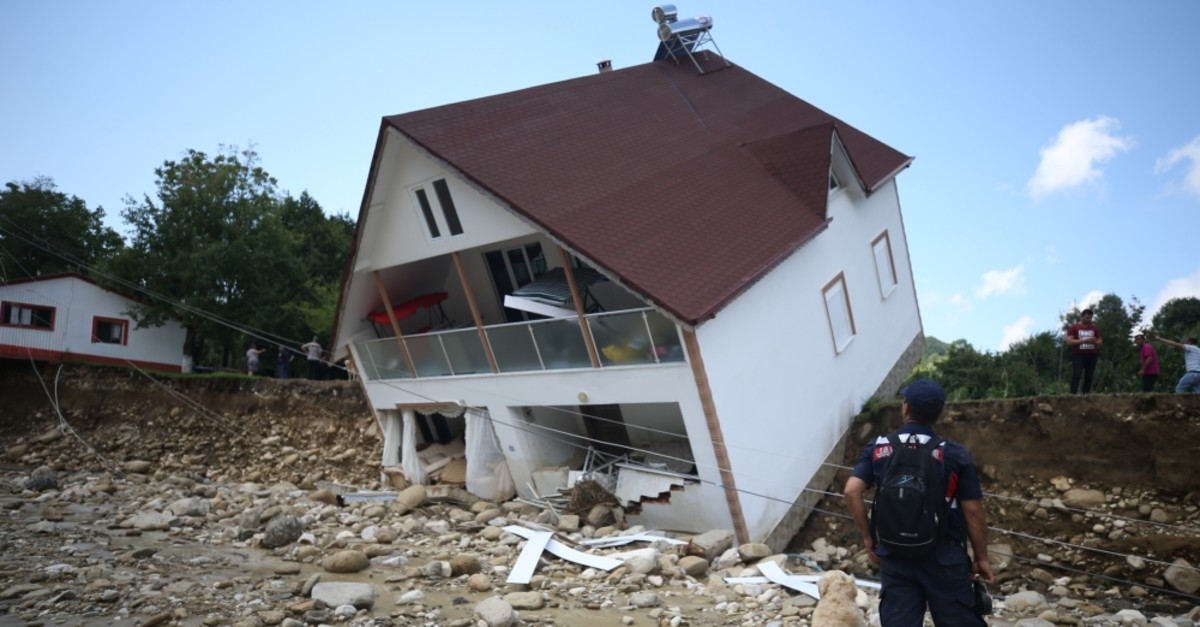 Six people remain missing while search and rescue crews found one body on Friday after floods and landslides wreaked havoc in Akçakoca and Cumayeri, two districts of the northern province of Düzce. Düzce was hit by flash floods on Wednesday and early Thursday. Three people from one family and four members of another went missing in the village of Esmahanım, near Akçakoca.

Crews combing the area found a woman's body in a river bed, between Esmahanım and another village and were trying to identify the victim. Among the missing were a mother and her three daughters between the ages of 7 and 9.

Rescue crews from the Turkish Red Crescent, the Disaster and Emergency Management Authority (AFAD) and gendarme units were mobilized to find the victims. Sniffer dogs also searched the area while helicopters and drones were dispatched to remote, mountainous areas of the region to find the missing.

An unprecedented rainfall hit Düzce over two days and floodwaters engulfed 124 villages in the province. Esmahanım, where a river linked to the Black Sea overflew its banks, was hit the hardest.

More than 200 people were stranded in flooded areas and they were rescued hours later. Authorities say rainfall was severe. "A rainfall equal to one year of precipitation hit Düzce in only one day," Interior Minister Süleyman Soylu told reporters as he visited flood-hit areas Thursday.

Yalçın İştürk, a 77-year-old resident of Esmahanım village, told İhlas News Agency that he has never seen "anything like that." "It started in the evening and lasted for 12 hours. It was like buckets of water being poured on us. It was horrible," he said.

The Düzce Governorate said a total of 219 people have so far been rescued in Cumayeri and Akçakoca and 135 people whose houses were damaged in floods were taken to shelters.

President Recep Tayyip Erdoğan called Düzce Governor Zülkif Dağlı and Minister of Agriculture and Forestry Bekir Pakdemirli on Friday for a briefing on the latest situation in the flood-hit areas.

A statement by the Presidency's Communications Directorate said Erdoğan wished well to the survivors and pledged to mobilize all the necessary resources for recovery and reparations in the affected areas.