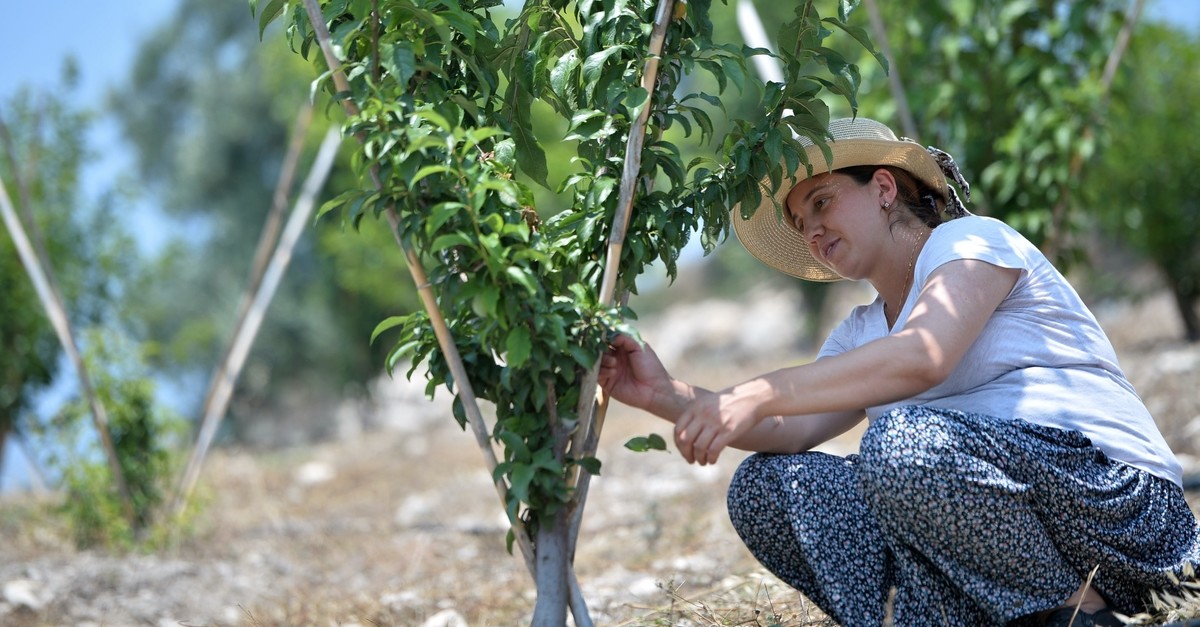 Through incentives for agriculture and livestock breeding, Turkey tries to encourage more people to dwell in the countryside, as a reverse migration trend slowly gains pace among people finding ‘peace' in villages

Most urban dwellers plan to retire in their hometown, preferably a village, far from the busy routine of big cities. Yet, few dare to leave for the countryside before retirement. As the population in big cities, particularly in Istanbul, rapidly grows, Turkey seeks to reverse the trend of migration from less developed parts of the country to the cities in the west. It seems to be working, statistics show. The number of people dwelling in villages and other rural areas rose to more than 6.3 million last year, from 6.05 million in 2017, according to official figures. A string of projects on agriculture and livestock breeding plays a key role in reversing the trend.

Through programs such as "Young Farmers" and "300 Sheep," two projects giving loans and livestock to returnees, the Ministry of Agriculture and Forestry aims to boost agriculture in Anatolia while relieving the cities of their oversized population.

The Young Farmers project, for instance, hands out loans up to TL 30,000 for people between the ages of 18 and 41 with a small investment in agriculture. The 300 Sheep project, as its name implies, involves the delivery of 300 sheep to breed to families of farmers returning to their villages from cities where they migrated, along with a small wage for those tending livestock. The government also endorses small-scale agricultural establishments with funds. Rural development covers a significant place in Turkey's 11th Development Plan approved by Parliament last week. Agriculture is prioritized in Turkey's future development, and the plan includes boosting support for agriculture. For example, the state plans to pay extra fees to livestock breeders for every calf and kid used in breeding more animals. 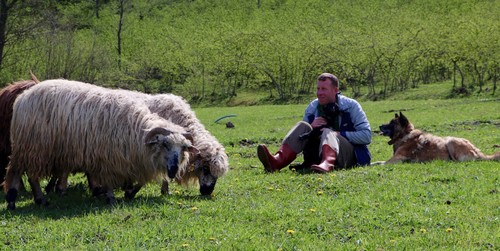 Şükür Saraç quit his job as an accountant in the city to settle in his village in Trabzon where he breeds sheep.

Şükür Saraç, a 35-year-old accountant who worked in Istanbul and other cities for years, is among beneficiaries of the Young Farmer project. He returned to his birthplace, a quiet village in the Black Sea province of Trabzon's Maçka district four years ago, and he now breeds sheep there. He started with 35 sheep and two rams he received for free as part of the project and now owns a herd of 100, including lambs. He says he dreamed of setting up his own business back home and decided to return after his aging parents living in their village Yazlık had trouble earning a living breeding. His first application to the project was rejected, but he was approved in his second application one year later. "I am grateful to everyone behind this project, from President Recep Tayyip Erdoğan to the ministries. I am happy to be here. At least, I run my own business," Saraç said. He said cities have "grown too much" to accommodate the needs of people and advises urban dwellers to invest in agriculture. "This is also about the economy. Young people can start up their business in villages, and then, we don't have to worry about rising meat prices," he said.

Saraç remembers when there were hundreds of cattle and thousands of sheep breeders in their village. "But things changed, and new generations left for the big cities. They found comfortable jobs, while people staying here lost business. Livestock and crop prices dropped, and eventually, they had to leave for cities," he said. "Young people can return to their hometowns and set up businesses, so that they can help the economy," he added.

Twenty-eight-year-old Özge Yıldırım, who hails from the village of Kuzucubelen in the Mediterranean province of Mersin, settled in central Mersin after she got married.

A PLACE FULL OF LIFE

The unemployed young woman found it hard to adapt to city life, and when she found out about the Young Farmer project, she decided to apply in 2016. Five acres of land her parents owned is now a plum orchard thanks to the equipment support she received. The state helped her to set up an irrigation system on the previously empty land and supplied her with saplings and machinery to dig the land for planting. Yıldırım, an expectant mother, said her investment has turned into 520 plum trees and revenues will help her fund the education of her 3-year-old son and baby.

Yıldırım now gets up early every morning before dawn breaks to tend to her orchard and said she was happy to see the empty land turned into a place full of life. Now she awaits the "big harvest" where all the trees will be ready for picking fruit. "My friends from the city sometimes come visit me and tell me how lucky I am," she said.

In Mersin, the state distributed about TL 17.5 million to 582 people as part of the Young Farmer project, local agricultural authority head Arif Abalı said. "We want to stop farmers from to migrating to cities and attract those have already migrated back to the village," he said.

Mesut Kılınç, 47, did not apply for state incentives, but he is among a growing number of "reverse migrants." Kılınç was only 15 when he joined his father, an expat worker in Germany. He stayed in Berlin for decades before returning his village Kızılhisar in the western province of Uşak 10 years ago with his wife and two children. On 5,000 square meters of land owned by his father, he engaged in hydroponics and set up a greenhouse in 2010. Soon after, he was able to grow 130 tons of tomatoes a year.

'I FOUND PEACE IN THE VILLAGE'

"I stayed in Berlin for a little while more after the children were born, but it was tiring living in a city abroad. There was also growing xenophobia, and I did not want to raise my children there. So, I decided to return to my village," he said. Kılınç said business is good in the village. "We work eight months and rest the rest of the year. I am happy to be in the village," he added. "I found peace in the village. I can spend more time with my family, and it feels good to work in agriculture," he said. His wife Selver, who was a factory worker in Germany, said city life took a toll on her, and she decided to join her husband. "It was difficult to work here when we first came to Turkey, but I am now really happy. Besides the greenhouse, I tend animals and grow flowers," she said.

Having a steady income is key for people to settle in rural areas, as this was the case in the first place driving them to big cities. Professor Serdar Sağlam, head of the Sociology Department at Hacı Bayram Veli University, said cities lose their attraction for white-collar and pensioners. "They can buy a house in a distant neighborhood in Ankara or Istanbul, but you can have a better one back in your hometown," he said was the reason for more people opting for accommodation acquisition in places where they migrated from. He said the current reverse migration trend is not as big as is thought but still significant.

"People want to be closer to nature, to have a healthy diet as evidenced in rising interest in consumption of 'organic' fruits and vegetables. Big cities have their fair share of problems, from high rents to difficulty in transportation, pollution, noise, et cetera. They have turned into scary places with complicated living conditions," Sağlam said.

Another factor contributing to reverse migration is the emerging prevalence of health services. "Access to comprehensive health care was limited to big cities in the past, but today, you can find a hospital or at least a small clinic everywhere. There are also a high number of private hospitals everywhere in Turkey. So, you don't have to stay in the city for healthcare," he said.

A changing mindset about agriculture also helps reverse migration, Sağlam points out. "Living in a village, being a villager was something looked down upon in the past. Villagers were seen as inferior for city dwellers, but this has changed. People are not ashamed of going back to their village and engage in agriculture," he said. Reverse migration can also have an extra benefit for rural Turkey, he underlines. "Educated people who migrate back to villages can help a cultural transformation there."