Turkish cyclist rides to Bishkek in journey to 'homeland' 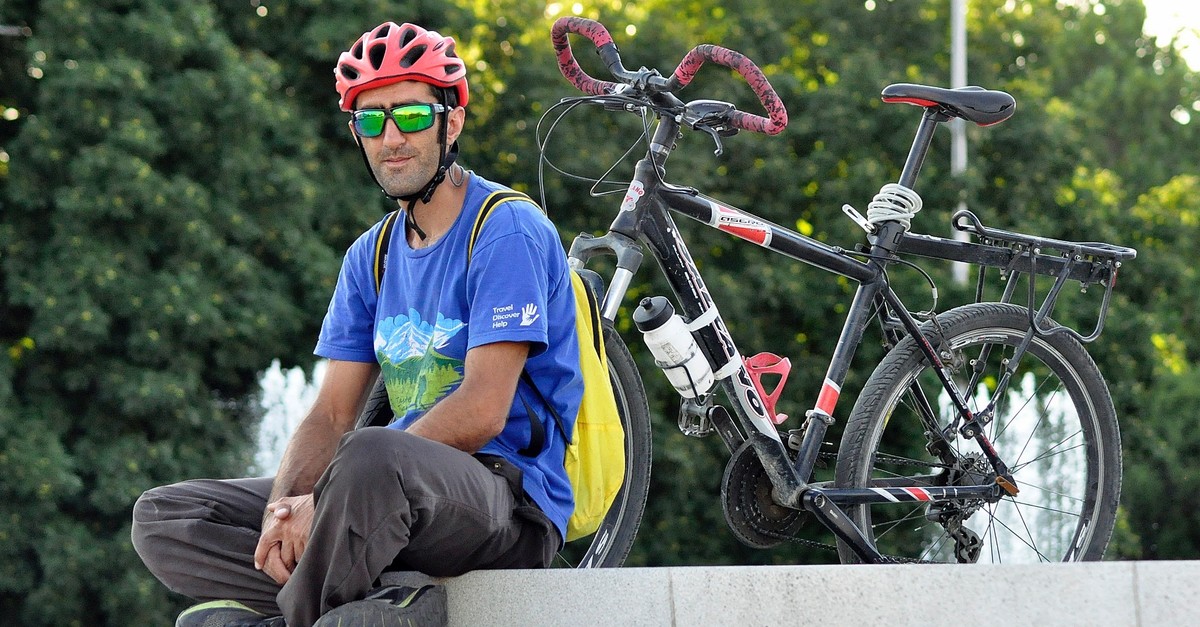 Mustafa Aksoy, a 35-year-old Turkish teacher, realized his dream of riding to what he calls the "homeland of his forefathers" and completed an 80-day journey on bike to the Kyrgyz capital Bishkek from Istanbul.

"This was my dream for 10 years, and I rode 5,747 kilometers," he told Anadolu Agency (AA) as he rested in Bishkek's Ala-Too Square.

Aksoy, a physical education teacher, describes his ride as a "Journey to the Tanrı Mountains," a name given by Turks to Tian Shan, a large mountain range in Central Asia straddling China, Kazakhstan and Kyrgyzstan. The Tanrı or Tengri (God) mountains is where the ancestors of today's Turkic communities, from former Soviet republics in Central Asia to Turkey are believed to have settled thousands of years ago. Like Turkic nomads, Aksoy said he switched cities often in his life. Born in the southern city of Gaziantep, he grew up in Kuşadası on Turkey's western coast before going to Edirne in the northwest for university.

His interest in Central Asia's history and its people and his passion for cycling made the journey possible, Aksoy said. "I have ridden since I was a child and never quit it once I grew up. I always dreamed of such a journey by bike, but I had to delay my plans because of work and other challenges," he said. Finally, he found time and money to achieve his goal but it took him another eight months to prepare for the journey. "I researched everything about the countries where I would travel, from currencies to social life and calculated every kilometer of my journey. My goal was to complete it in 100 days," he said.

He rode for about 85 kilometers every day to reach Bishkek from Istanbul. "I rode faster whenever I felt better, so it ended 20 days earlier than planned," he said. His journey took him to Georgia, Azerbaijan, Kazahkstan, Uzbekistan and finally to Kyrgyzstan. He says he never felt like "a stranger" in the countries where he traveled. "Their lives are not different than ours," he pointed out.

Aksoy now heads to Khan Tengri, a mountain in the Tian Shan range, to an elevation of 7,010 meters for another journey.