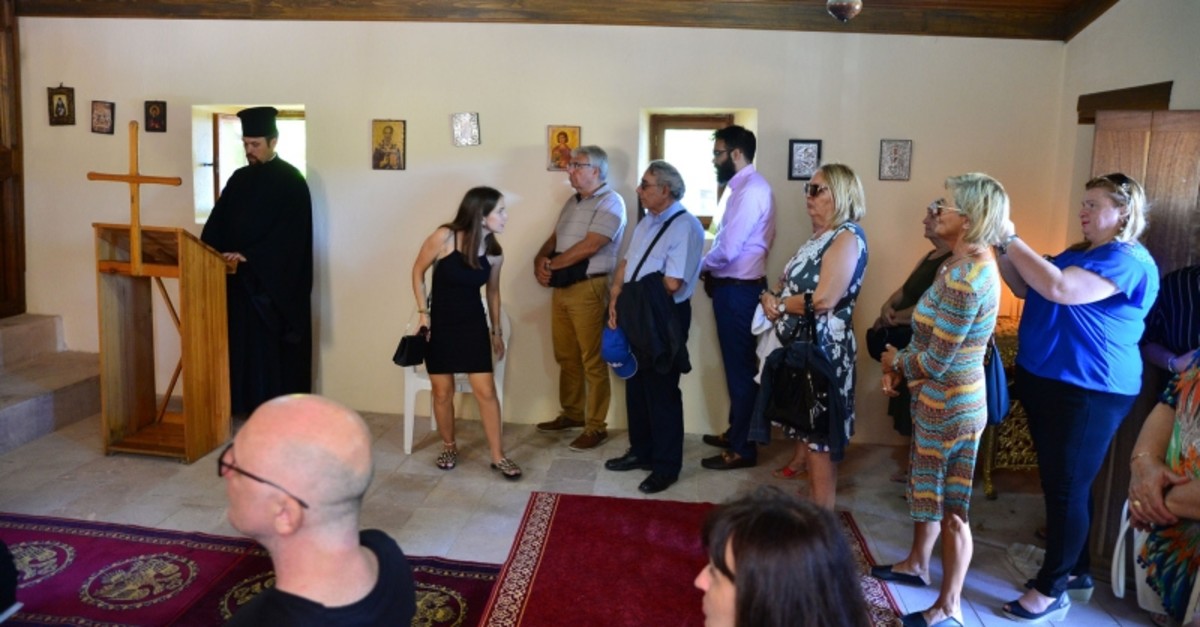 Members of the Greeks Orthodox community gathered Friday on Bozcaada Island in the Aegean Sea of the coast of Çanakkale to celebrate the traditional Agia Paraskevi Festival, also called Ayazma Fair (which comes from the Greek word 'agiasma' meaning holy water) by locals.

A ceremonial service was held at the historic Ayazma Monastery, which was opened to worship for a few days for the festival, with the participation of Greek people of Turkish nationality who live on the islands of Bozcaada and Gökçeada Islands as well as those coming from Greece, the U.S., Australia, Italy, France and Canada.

The ceremony was led by Yorgi Kirilios Druganis, the metropolitan bishop of Gökçeada (Imbros) and Bozcaada (Tenedos), two Turkish islands where Turkish and Greek locals have lived for years in separate quarters, although the Greek population is very small today. 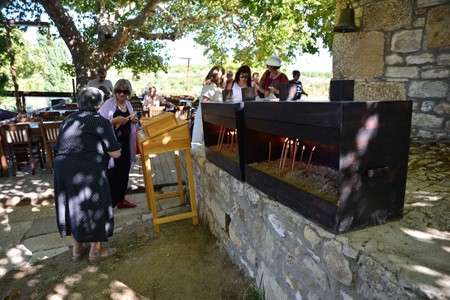 According to a legend, Paraskevi, a beautiful young girl who once lived on the island, fell in love with a handsome young man from the Ayyalus Monastery on a hill — located today in Göztepe. After the girl's father learned about the love affair between his daughter and the man, he took Paraskevi to Ayazma and forced her to live under strict surveillance. The girl longingly looked at Göztepe all the time, wishing to send a message to her beloved via the wind, but she never made it. The legend says a wishing fountain was built after the girl died out of misery and suffering for her love. The fountain, which is now located in a cave at the bottom of the monastery, is nowadays flooded by visitors lighting candles and making wishes.