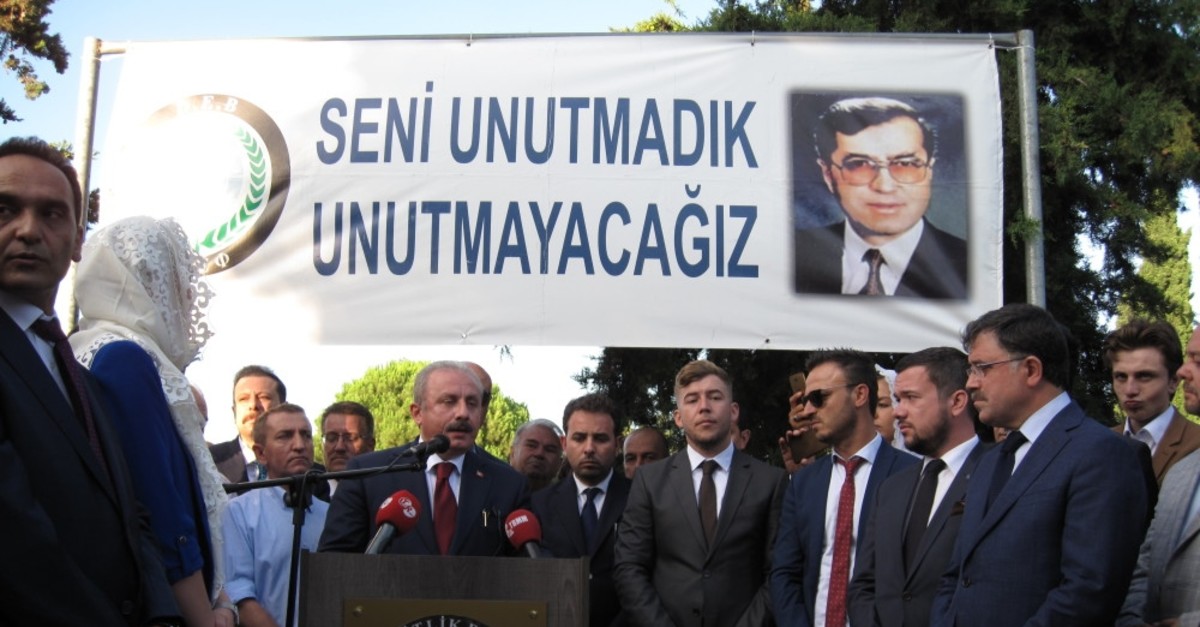 Members of the Turkish minority in Greece commemorated their former leader on Wednesday, 24 years since his untimely death, with the participation of politicians from Turkey and Europe.

Elected twice as a lawmaker to the Greek parliament, Sadık Ahmet led campaigns for the rights of Turks living in Western Thrace in the country, after years of persecution by Athens.

On July 24, 1995, the anniversary of the Treaty of Lausanne, the agreement which guarantees the rights of the Turkish minority in Greece, Ahmet was killed at age 48 in a suspicious car crash.

Speaking at the ceremony, Şentop said Sadık Ahmet has become a symbol of unity for the Turkish minority of Western Thrace.

Şentop said Turks in Western Thrace faced obstacles on transferring their religious culture to new generations as they were not allowed to open new schools.

"There are problems concerning the implementation of the minority's rights which were guaranteed under the Treaty of Lausanne," he stressed.

Şentop said there were also "great problems" regarding the assets of Muslim religious foundations in Greece.

He said Turkey always stood by the Muslim-Turkish minority of Western Thrace and would continue to do so.

"Protecting the rights of our kin is a foreign policy priority for Turkey," Şentop added.

As a descendant of migrants from North Macedonia, Şentop was born and raised in Tekirdağ, Turkey in the Eastern Thrace region near the Greek border.