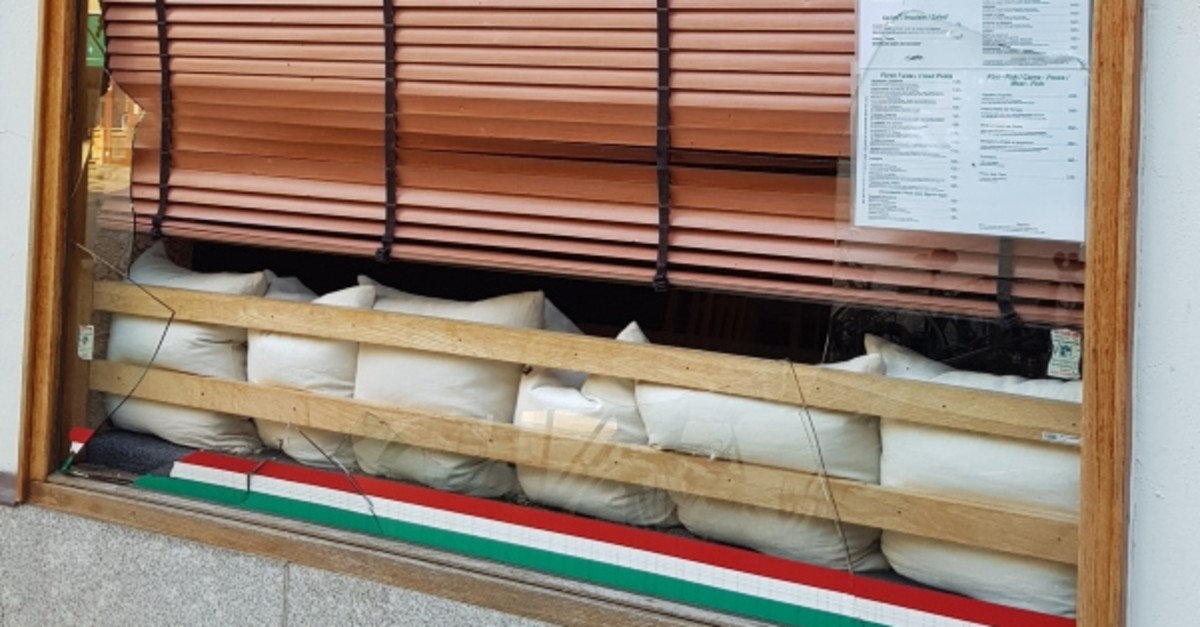 A Turkish restaurant in the Swedish city of Gothenburg was targeted in an attack, reports said Saturday.

Yücel said he learned about the attack after a restaurant worker who lives near the area heard about an explosion and called him.

"When we arrived at the restaurant police had cordoned off the area and were carrying out an investigation," Yücel said.

He noted that the masked assailants created the IED through the internet, then broke the windows of a theater nearby then threw it inside the restaurant.

No injuries have been reported as the restaurant was closed at the time, but there is material damage inside the compound, Yücel said.

There has been an increase in the number of attacks targeting Muslims.

In June, a Muslim prayer room inside a hospital in the same city was targeted in an Islamophobic attack.

Anti-Muslim hatred has been on the rise in Europe for years. Far-right extremism and xenophobia have fueled anti-Muslim hatred in Western countries, where terrorist attacks by Daesh and al-Qaida are used as an excuse to legitimize those views. This trend of intolerance has triggered deadly attacks against Muslims and immigrants since then. With growing racism emerging as a serious problem in almost all EU states, citizens of foreign origin are more vulnerable in some countries.

For example, in Germany, Muslims have become targets of countless attacks in recent years. According to a report by the Leipzig-based Competence Center for Right-Wing Extremism and Democracy Research published last November, the country has shown increasingly hostile attitudes toward immigrants, the Muslim community and other minorities, such as the Roma, while one-in-three Germans think foreigners come only to exploit the welfare state.

Police recorded 813 hate crimes against Muslims in 2018 in Germany alone. At least 54 Muslims were injured in the attacks, which were carried out mostly by far-right extremists.

Turkish mosques in Europe are often the main subject of the anti-Muslim attacks, with Germany in particular notorious for a high number of attacks, ranging from arson attempts to the spray painting of hateful slogans and the throwing of pig parts, animals deemed unclean in Islam.

A Turkish parliamentary committee investigating the targeting of mosques identified some 297 attacks between 2001 and 2014, mostly targeting Turkish mosques.