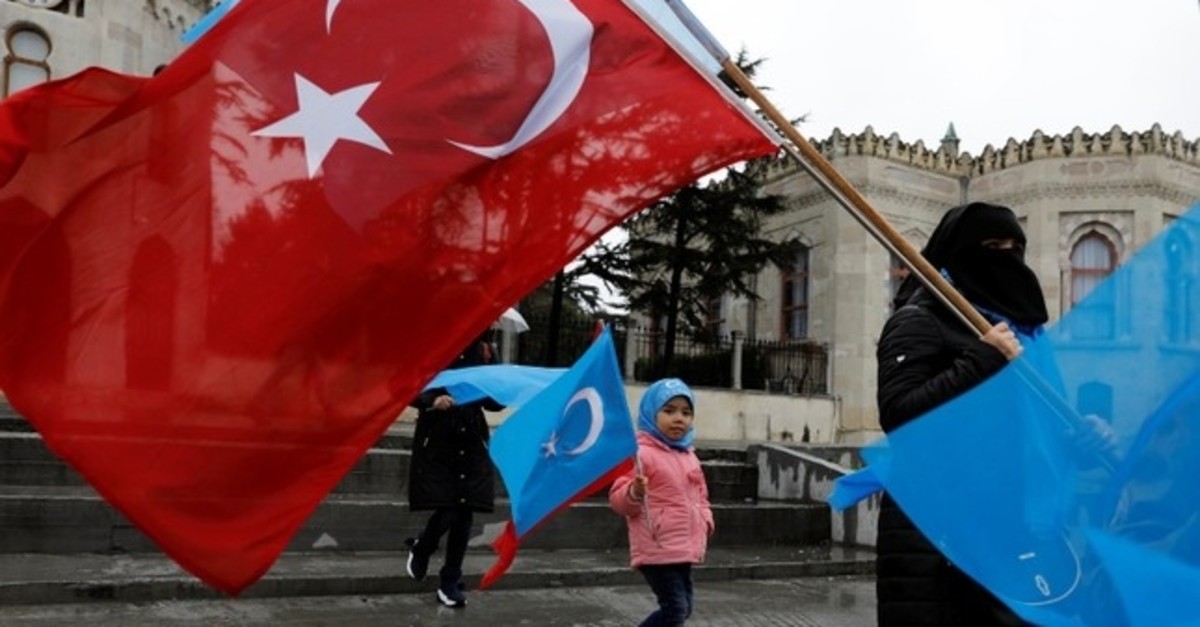 As one of the most hospitable countries for refugees around the world, Turkey faced a barrage of allegations in recent weeks regarding their well-being. News about alleged deportation of Uighur Turks made the rounds in Turkish media after the Middle East Eye website reported members of the community faced threats of being deported back to China. Turkish officials vehemently denied the reports and said no Uighur Turk has been or will be deported to China from Turkey. A senior official at the Directorate General of Migration Management, the authority overseeing the process regarding migrants, denied the allegations. Speaking to Daily Sabah, the official said a routine procedure was executed for the person who Middle East Eye reported as being given deportation documents.

"We did not send back any Uighurs to China and will not do so," the official said.

He pointed out that a person set for deportation would not be issued such a document as the one published by Middle East Eye and would be sent directly to centers for migrants to be deported instead. The document says the person does not fulfill criteria for long-term residency and the applicant can apply to a relevant court to appeal to the rejection.

The directorate's statement said the document sent to the Uighur applicant was a standard form sent to any applicant whose long-term residency request is rejected.

"This person is not deported and there is not any pending deportation order. He has also not been relocated to re-sending centers where foreigners set to be deported are accommodated at and continues living in our country freely. He was informed about other residence permits he can apply to," the statement said.

Another report in the media says an Uighur woman was deported to Tajikistan and will be sent to China from there.

Speaking to Daily Sabah, an expert on Uighur refugees living in Turkey, who preferred to remain anonymous, said that the woman was sent to Tajikistan as this was her country of origin and it was a standard procedure for people with rejected applications for residency permits.

He said Turkey has been averse to deport people that took shelter in the country and recent, "biased" reports about alleged deportations were aiming to portray Turkey as hostile to Uighur refugees.

"Turkey embraced Uighurs after they fled the civil war in China in 1949. It gave them citizenship, scholarships for Uighur students, it built houses for their accommodation and always stands with them. It historically hosted thousands of Uighurs," he pointed out.

Since the 1950s, Turkey has been home to Uighur Turks leaving China and had them settled in several cities including Istanbul. It also received Uighur Turks living in other countries as migrants. The country shares cultural and religious ties with the Uighurs.

The expert says that these deportation claims were part of efforts to create a false perception that defines Turkey anti-Uighur while this is "not true."

He says some Uighurs living abroad who harbor an anti-Turkey agenda and sentiment are among those responsible for this inaccurate portrayal. Some Uighur "activists" living abroad obtain data about Uighurs living in Turkey and supply them to foreign governments, while some were also behind campaigns accusing Turkey of deporting Uighur Turks.

China is under fire from governments and human rights watchdogs who accuse the government of arbitrarily arresting more than 1 million Uighurs, torturing and politically brainwashing them in concentration centers and prisons.

China's western Xinjiang Uighur Autonomous Region is home to around 10 million Uighurs. This Turkic Muslim group, which makes up around 45% of Xinjiang's population, has long accused China's authorities of cultural, religious and economic discrimination.