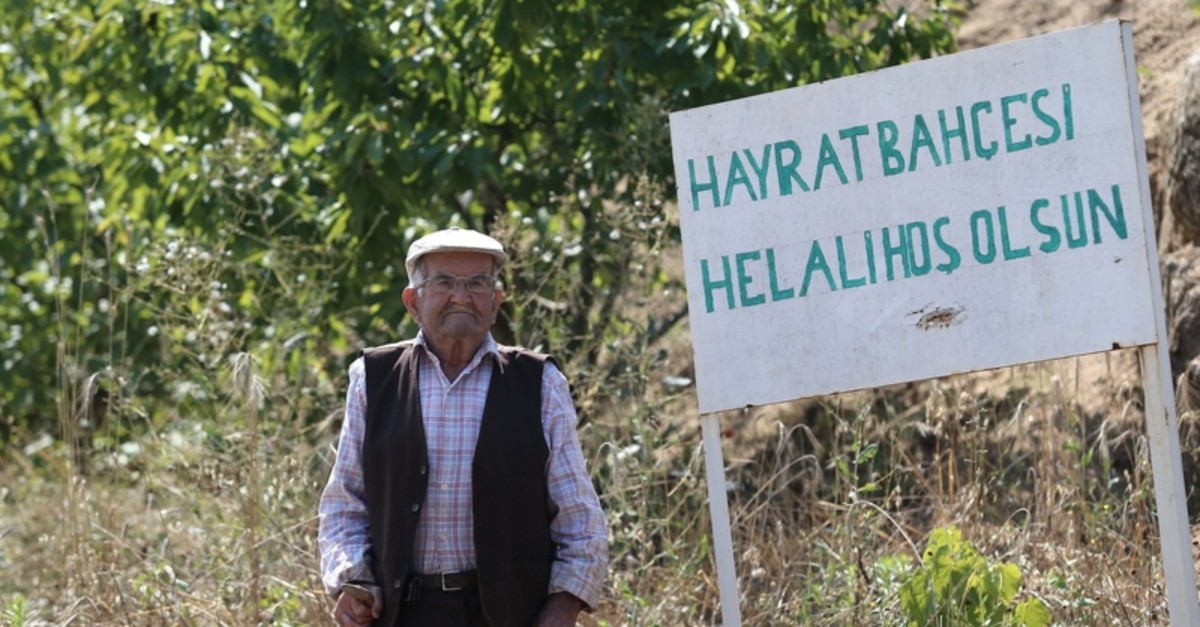 A Turkish man living in northwestern Bursa province established a fruit and vegetable garden along a road just for the benefit of those who pass by.

Ibrahim Alan has been tending fruit trees and growing vegetables on a plot of state land along the road between Orhaneli district and Bursa city center for some 22 years to provide free produce to whoever drives by, according to Demirören News Agency (DHA).

The 83-year-old man has posted a sign in the garden which reads "Hayrat Bahçesi" (Charity Garden) to encourage visitors to freely take produce from the plot.

Alan said he first came to the area in 1997, when not even a spring could be found there. At that time, he decided to plant a few trees so that passengers could eat fruits and cool down under the shade of the trees.

"After planting two or three trees, I decided to fill the area full of trees and vegetables," said Alan, adding that his only request from those who eat fruit from the garden is to pray for him.

He said that although he planted the trees, the garden belongs to whoever comes by the patch, which is now home to almost 300 fruit trees, including apple and pear trees and grape vines.