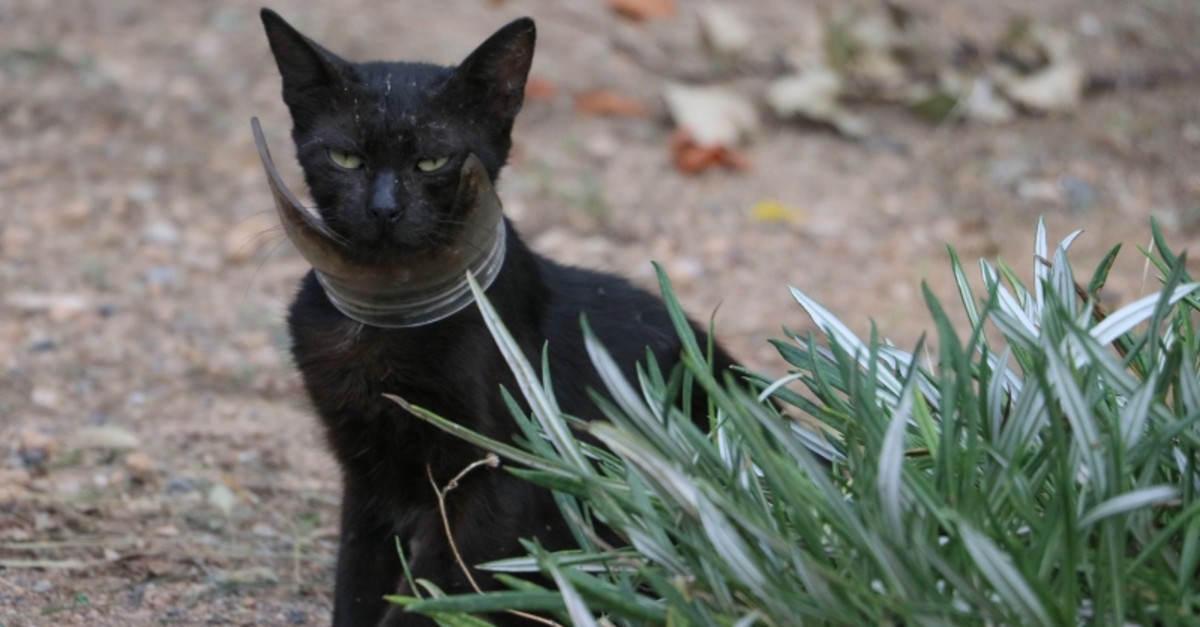 A stray cat with a broken jar stuck on its neck managed to evade Turkish firefighters for 10 days before finally being caught Wednesday.

The escape artist cat was first reported to authorities on July 22 after locals saw the feline with a broken jar stuck around his neck and contacted authorities for a rescue operation.

The cat made it to Turkish media's headlines on Monday after rescuers resorted to creative measures to help it as firefighters even lit up a barbecue, hoping to entice the cat to approach them to enable them to capture it, but they failed as the feline proved elusive.

The firefighters finally managed to capture the cat and remove the jar by safely breaking it after a local woman who has been feeding strays in the area managed to trap it. 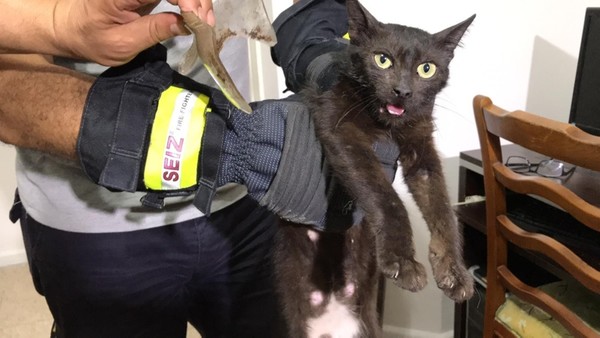 The woman, Hatice Yetiş, said she has been feeding the stray animals, including the unlucky cat, and that she was away for the last few weeks on vacation. After she was made aware of the situation upon her return, she managed to trap the cat with a basket and alerted the rescuers.

After safely removing the jar, rescuers checked the feline's health and found it was luckily unharmed.

Meanwhile, the man who first shared the cat's story on social media and brought it to public attention urged locals to be mindful of their trash and to safely discard any items potentially dangerous to stray animals.