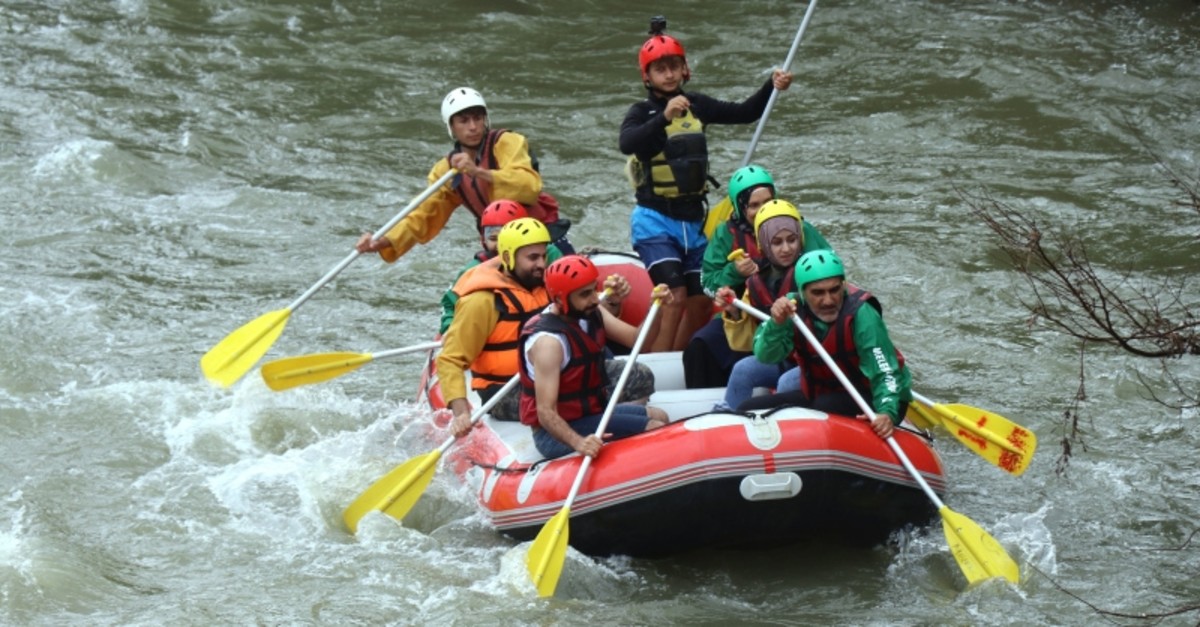 Rafting facilities along the Melen River in the Cumayeri, Gölkaya and Akçakoca districts of northwestern Düzce province, which were closed due to flooding following strong downpours on July 17-18, have become operational once again.

The rafting operators, who cleaned the wood fragments and other materials dragged into the Melen River after the flood, have resumed their tours as of yesterday.

Rafting Provincial Representative Birol Tepe told Anadolu Agency (AA) that they started the first tours after the flood disaster on the Melen River.

"We strived to return to normal life with the support of the president, the Düzce governor, the minister of culture and tourism, district governors and mayors. We had to continue where we left off. Today we start our rafting tours," he added. 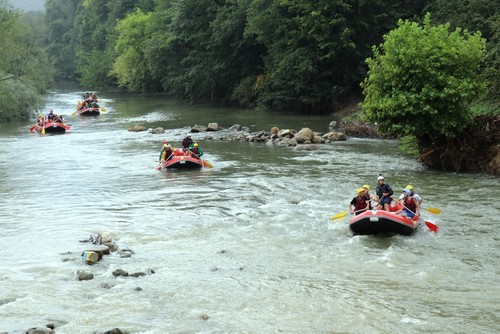 He stressed that they would do their best for the development of Akçakoca and Cumayeri districts.

"May Allah not repeat such great disasters," he continued. "We are performing our rafting tours. Rafting operators suffered a major disruption due to flooding. It is being called the biggest flood disaster in 100 years."

He noted that the Melen River was one of the safest rivers in the world, not just in Turkey, underlining that what happened was a great natural disaster, not a situation they had control over.

Tepe also stated that they were carrying out renovation works on the track as well.

"The river beds have changed, but we worked with construction machinery for 12-13 days and cleared all kinds of trees, rocks and stones in the troubled areas. The Melen River is perfect now. We have a green flag just like the blue flag in the sea," he concluded.

Home to unique rafting routes, Düzce has become popular with scores of local and international tourists due to its proximity to Istanbul and Ankara. This year, a large number of tourists, particularly from Qatar, Saudi Arabia and Iraq flocked in great numbers to the 13-kilometer rafting course that goes through Dokuzdeğirmen village in the Cumayeri district.