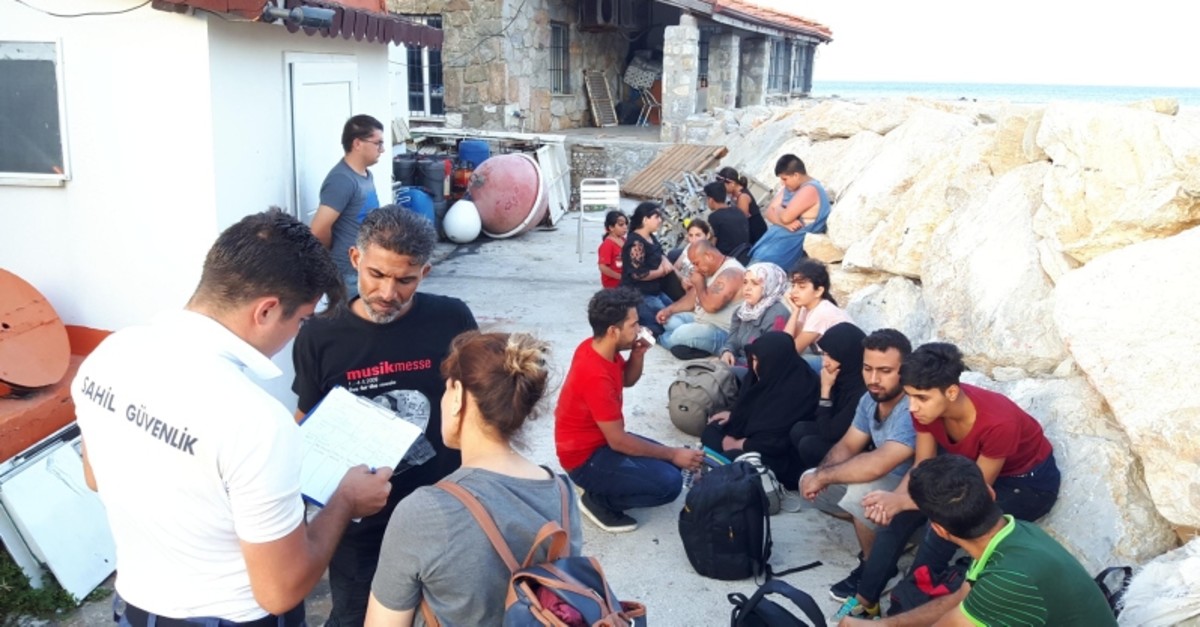 At least 22 irregular migrants have been rescued in the Aegean Sea off Turkey's southwestern coast, security sources said late Sunday.

The migrants requested help from the Turkish Coast Guard when the boat carrying them got stuck off the Datça district of Muğla province, said the sources, who spoke on condition of anonymity due to restrictions on speaking to media.

All of the migrants -- most of whom are Syrian, Palestinian and Iraqi nationals -- were referred to provincial migration office.

The deal, reinforced with an escalated crackdown on human smugglers and more patrols in the Aegean, significantly decreased the number of illegal crossings. However, some desperate migrants still take the route.

According to the official figures, almost 180,000 irregular migrants have been held so far in 2019.