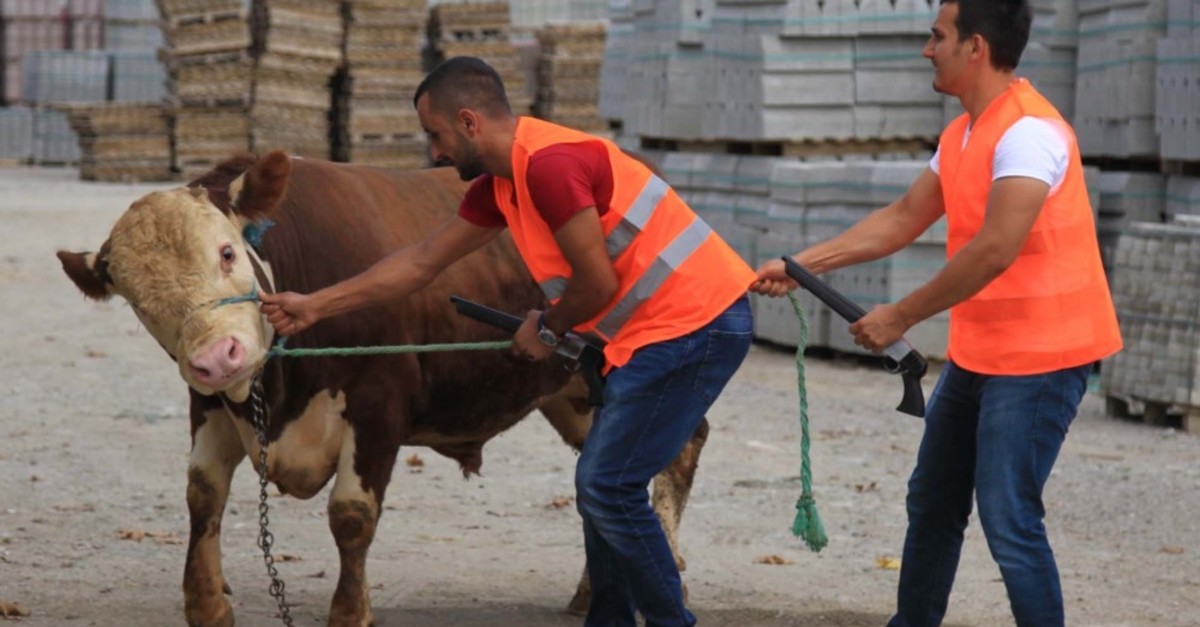 Armed with tranquilizers, lassos and drones, municipality workers across Turkey are gearing up for Qurban Bayram (Eid al-Adha). An occasion where the faithful who can afford to are obliged to sacrifice animals, like a bull, a sheep or goats. However, the holiday, which starts Sunday, is a busy time for workers due to fleeing animals.

Workers sharpen their skills to catch fleeing animals, usually moments before they are slaughtered, with regular drills. In recent years, municipalities have improved their services to help animal owners in need. Going beyond the standard lassoing tactic to restrict heavyweight bulls, workers tasked by the municipality to help citizens nowadays employ drones and tranquilizer guns.

In the northern city of Samsun, veterinarians and municipal police are members of a "bull catching team." A four-member crew working for the city's İlkadım district practiced throughout the week for their once-a-year task and even worked with a scenario of a "fleeing bull."

A bull set loose in the cattle marketplace, originally set up for the sale of sacrificial animals for the Islamic holiday, was their target. The team gave a long chase on foot but finally managed to corner the animal and stop it with darts from their tranquilizer guns before handing it to the owner.

Onur Akça, head of the local municipality's veterinary department, says they set up a hotline for owners of sacrificial animals at large. "We have a response time of five minutes," Akça said while warning the public not to scare away the running bulls.

"They should not pursue them with sticks in their hands [as it is often the case]. The animals are already scared and intimidating them makes them more afraid and difficult to catch. We are here to catch them without torturing them," he said.