SADA: The cooperative that aims to be the voice of Syrian, Turkish, Afghan women 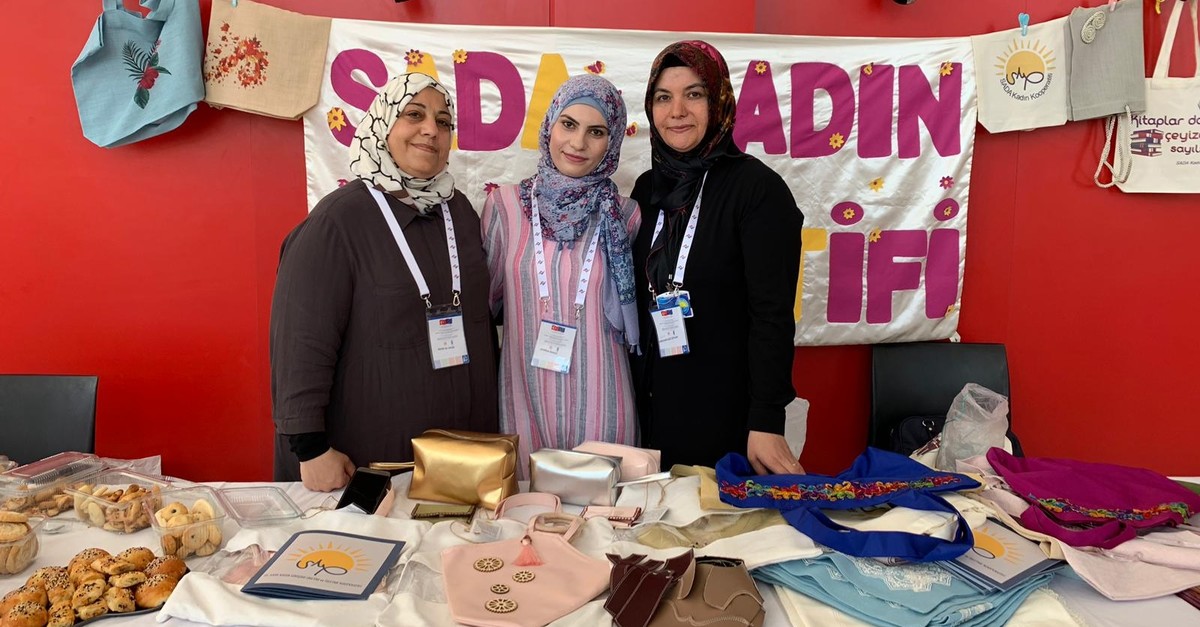 Fifty women — some married, others single, widowed or divorced, some mothers and some refugees — plan to show the world that when women come together and put aside their differences they can achieve anything and help society thrive.

Backed by international support, a group of 50 ladies, including Turks, Syrians and Afghans, decided to establish a women's cooperative to give those who are downtrodden the financial power, confidence and courage to stand on their own feet.

The cooperative – supported under the "Strengthening the Resilience of Syrian Women and Girls" project led by U.N. Women in collaboration with the International Labour Organization (ILO) and the Association for Solidarity with Asylum Seekers and Migrants (SGDD-ASAM) as implementing partners – made one of their first outings as an establishment last week, participating in a two-day conference and workshops held as part of the Turkey Resilience Project (TRP) in Gaziantep, southeastern Turkey.

Speaking to the Daily Sabah, Bilge Çoban, field coordination officer for ILO Turkey, said the idea of creating such a union of women and a training scheme for employment was realized thanks to the combined expertise of U.N. Women, ILO, ASAM and the Gaziantep Metropolitan Municipality, and most importantly, 50 willing and determined women.

"As ILO, we are responsible for providing vocational training to increase women's access to different employment opportunities and support the establishment of a women's cooperative," she said. 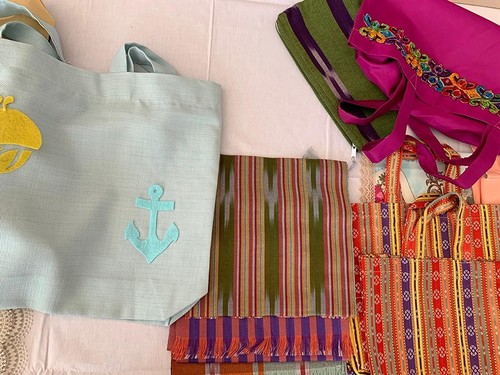 Stating that the women received five months of intensive, capacity-building vocational training in the first phase of the project, the ILO coordinator said this great achievement was "the result of months of hard work, great effort, numerous courses and activities."

As a result of these efforts, SADA was officially founded on March 25, Çoban said.

"'Sada' means 'echo' in Arabic, so in a way we wanted this cooperative to become the voice of women," she said.

"We are working with women who lost their jobs due to the Syrian war, mothers with disabled kids, women with husbands unable to work, and divorced women trying to start anew. In a way we are working with the worst victims, those that suffer the most," she said, reiterating that through collaborative work, women can set aside the destruction caused by immigration and the difficulties they experience in their everyday lives. 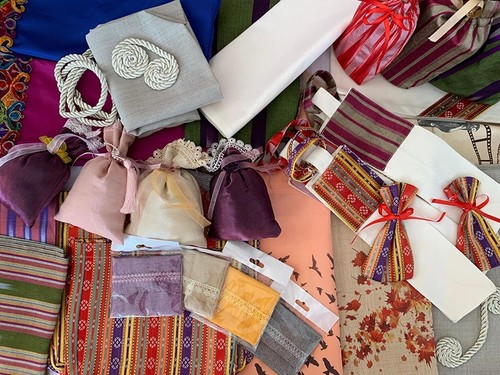 As part of their trainings, women learned answers to questions such as "What is a cooperative? Why is having a vision important? What is legislation? What is the production process?"

The cooperative currently has a managing board consisting of eight people, and it meets every week. Member meetings are also held monthly.

"Every woman that works here has equal authority as the others, and decisions are taken jointly. The profit from the sales of products produced together are also shared equally among all," Çoban added. 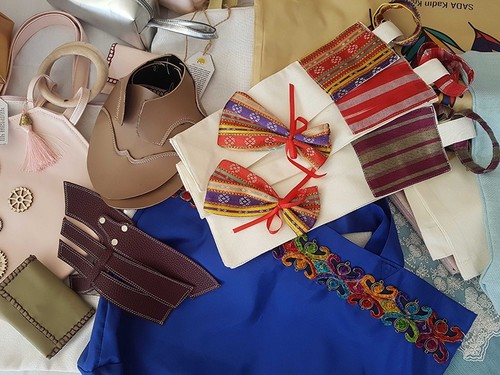 "From hairdressing and beauty to textiles, shoe-making and language-learning, us women got the opportunity to receive training in many areas thanks to SADA," Ceylan, a Turkish member of the co-op said, adding that they wanted to appeal to a wide audience, hence the diversity of products.

Ceylan said they also offer catering services for important meetings and events, as well as creating niche products and preparing custom orders received from businesspeople for bags and novelty gifts.

Ceylan said they used "kutnu," a traditional Turkish woven silk fabric native to Gaziantep, in most of their products and made sure their designs reflect traditional motifs, the local culture and life in the southeast.

When asked if she was happy to be a part of such a collective group, Ceylan said: "Having this sort of solidarity among fellow women is truly amazing. We are strong; we can stand on our own two feet and do not need anyone. Thanks to this initiative, women get the opportunity to both socialize and get a start in the business world."

"The co-op also provides free daycare for mothers with small children, as well as covering the costs of food and transportation during our training," Ceylan said.

We then spoke to Mahir, a Syrian woman who acts as an interpreter for the group.

Mahir said she started learning Turkish after she joined SADA and took three months of courses to improve her language skills.

Stating that she was of Turkmen origin, Mahir said she was also studying in Sakarya University to become a classroom teacher before she came to Gaziantep.

Pointing out one of their latest products, a pink handbag, Mahir said this design was special to them and held sentimental value as it bore a symbol of Idlib. Mahir said they also attached a tag to explain the story behind the symbol.

"We are etching our life stories and emotions onto the products we make," Mahli said, showing another bag with a symbol she said was representative of a "naura," which is a water channel.

When asked if they were planning to expand and perhaps carry out similar training and employment schemes in other provinces, the trio said once they achieve more goals as a co-op, they would of course want to make themselves heard to a wider audience.

"We can live, create and become stronger together"

Çoban said the co-op only gives women the push they needed to take a step and to help them grow stronger.

"Once we see them getting stronger and more independent, we take a step back, and with every step we take back, we become proud," she said.

Underscoring that this project also aims to create social harmony and cohesion by bringing women of different nationalities and ethnicities under the same roof, Çoban said: "With this project, we want to say 'Yes, we can work together, produce together, live and become stronger together. We can also share (our resources and earnings) among us equally."

SADA's employment and training scheme also received an award at the Paris Peace Forum. The SADA Women's Cooperative, the first of its kind bringing women from host and refugee communities together, was selected as one of the inspiring initiatives in the field of inclusive economy. The co-op will travel to Paris, France, on Nov. 11-13 to collect their award.