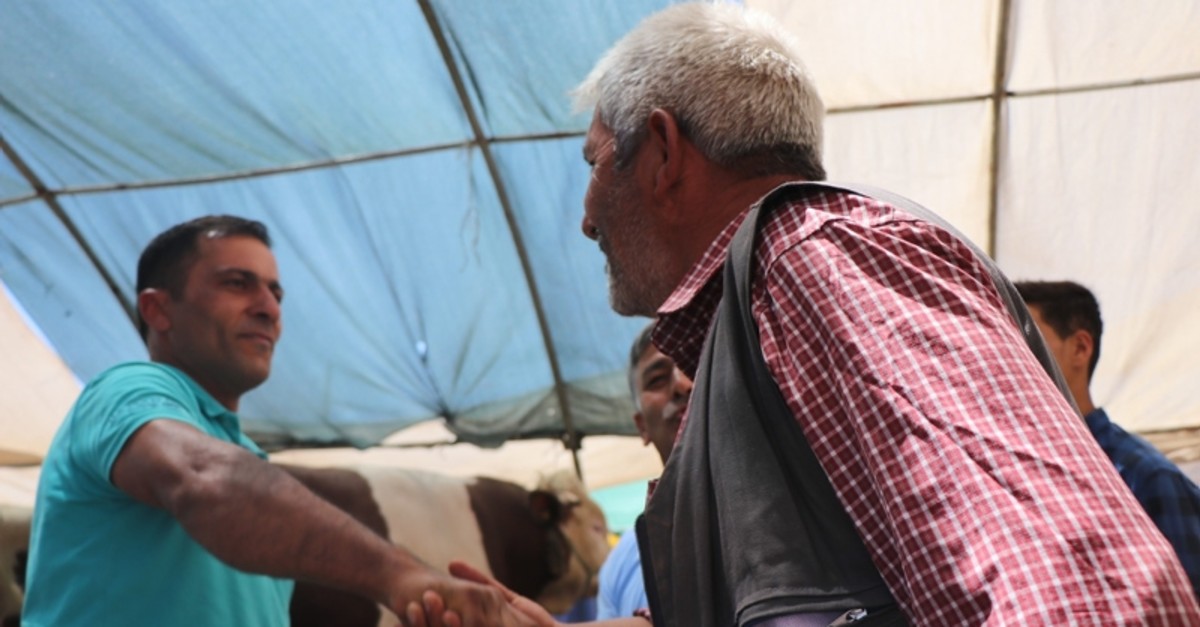 A Turkish stockbreeder accidently broke his customer's fingers during a heated bargain over a sacrificial animal ahead of Qurban Bayram (Eid al-Adha). 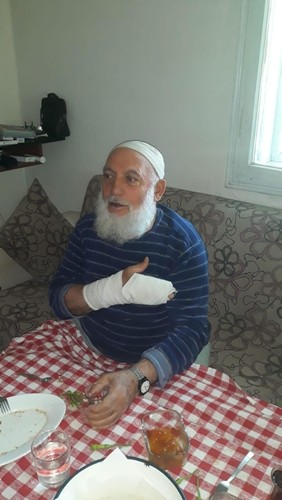 Mustafa Ceviz, a senior man living in central Turkey's Kayseri, had his two fingers accidently broken by stockbreeder Orhan Kaya during an intense handshake, a Turkish custom that happens when buyers and sellers get locked in a fierce handshaking session as they try to haggle each other.

The haggle was over a young calf as Muslims made their way to livestock markets to find a suitable animal before Eid begins on Sunday.

According to Ceviz, he initially didn't realize his fingers were broken and only found out after he went to the hospital hours later as the pain lingered.

After an X-ray, Ceviz was told his fingers were broken and his hand was placed in an orthopedic splint.

Learning what he did to his prospective buyer, Kaya visited the hospital and apologized to Ceviz.