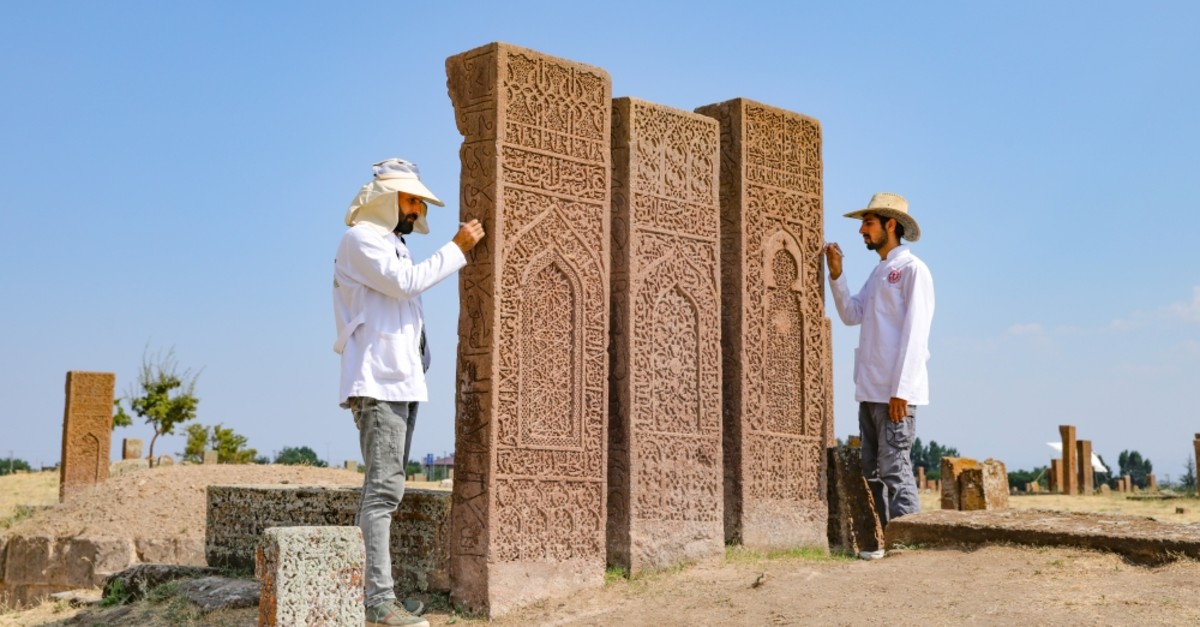 Archaeologists clean up the tombstones at the cemetery.
by Anadolu Agency Aug 11, 2019 12:00 am

The towering Seljuk tombstones, which are some 400-700 years old, in southeastern Turkey are revealing secrets about medieval city life, say archaeologists.

Preserved under UNESCO's World Heritage tentative list, Seljuk Cemetery, located at Bitlis's Ahlat district, has continued to be studied by archaeologists, since 2011 to unearth various facets of medieval urban life.

They are busy cleaning moss on the tombstones, which are up to 4.5 meters in length, to perform epigraphy analysis on the inscriptions, figures and drawings.

Talking to Anadolu Agency (AA), Mehmet Kulaz, deputy director of the excavation team, said it was the biggest historical cemetery in the Islamic world.

He said more than 1,000 tombstones have been cleaned and epigraphy analyses of 750 of them have been transmitted into an online database.

"It is possible to understand the importance of the city by looking at the tombstones. Vaults, mosques and other ruins are indications that Ahlat was a famous urban center in the past," he added.

The first book encompassing drawings of the tombstones as well as analyses of epigraphy has been published. Kulaz said the preparations were under way to release the second and third volumes for the benefit of researchers.