Turkish sailors kidnapped in Nigeria arrive in Turkey after release 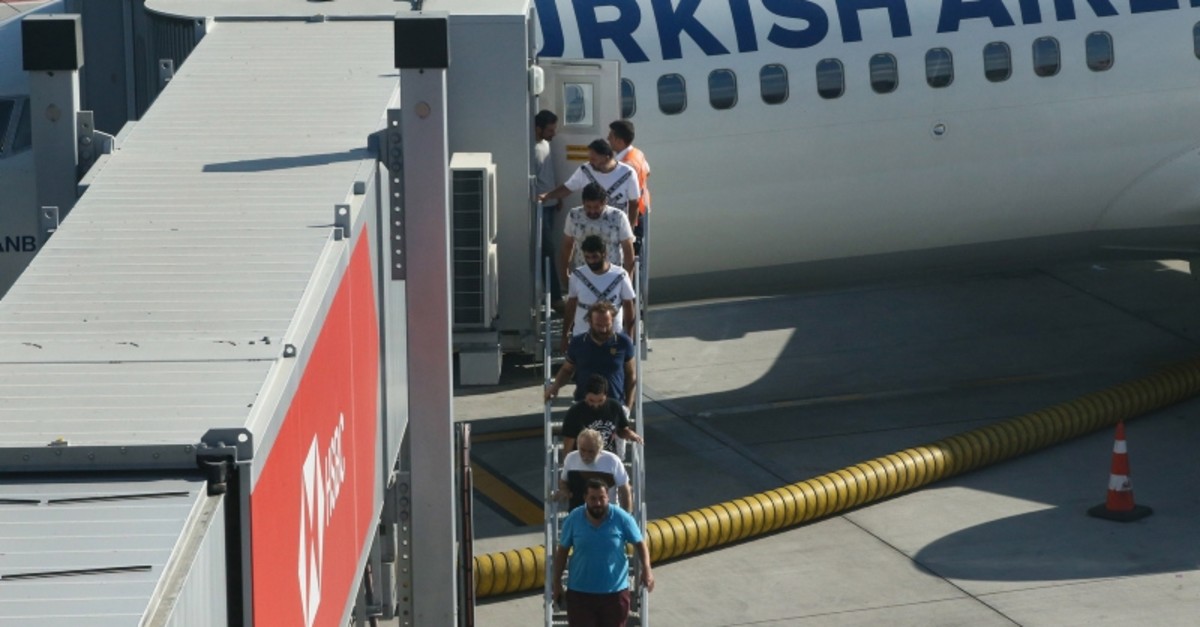 Ten Turkish sailors, who were released on Friday after being kidnapped by gunmen in Nigeria, arrived in Istanbul on Sunday, coinciding with the first day of the Muslim festival of Qurban Bayram (Feast of the Sacrifice), also known as Eid al-Adha.

The sailors were brought in to the Turkish embassy in Abuja on Saturday after spending 26 days in captivity.

"Our citizens spent last night in the south. They could not reach the airport yesterday due to the flood, so they arrived in Abuja today," Melih Ulueren, Turkish ambassador to Nigeria, told Anadolu Agency.

"We are so happy to see them here. We are also happy that they will go to Turkey tomorrow morning on the Eid al-Adha [Muslim religious holiday]," Ulueren added. 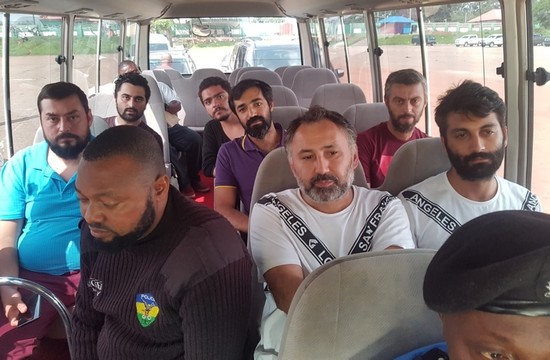 After the sailors' safe arrival at the embassy, Turkish Foreign Minister Mevlüt Çavuşoğlu conveyed his good wishes over the phone. He noted that the ministry and President Recep Tayyip Erdoğan had closely followed the process from the beginning.

The sailors were flown in to Istanbul from Abuja through a scheduled Turkish Airlines flight and arrived in the country early Sunday with their families waiting for them in the airport lounge. 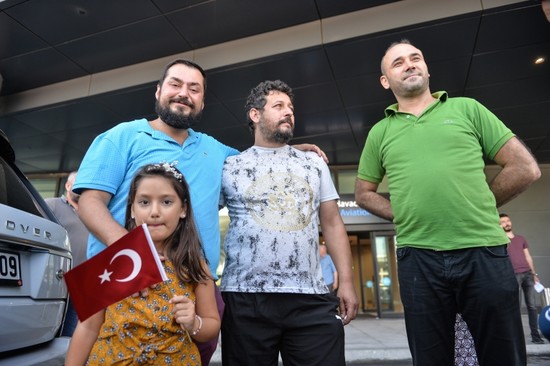 In mid-July, 10 Turkish sailors traveling aboard the Turkish ship Paksoy-1 bound to Ivory Coast's Abidjan from Cameroun's Douala were abducted off Nigeria.

The ship was operated by Kadıoğlu Maritime and had 18 crew on board at the time it was attacked by pirates suspected to be from Nigeria's volatile delta region, according to a local official.

On the day of the incident, Turkey's Foreign Ministry said that initiatives had been taken for the release of the Turkish men.

"Armed pirates boarded the ship. They took to the woods. There snakes, scorpions, bugs. It was a swamp. We don't know what their goals were. They didn't tell us anything. Initially, they were tough on us, then they behaved us well. There were no physical violence against us. We stayed inisde a shed in the woods. Conditions were very tough," sailor Çakar said, adding that he will fly to the northern city of Trabzon to reunite with his wife and daughter.

Çakar said he has not decided whether to continue working a a sailor.

Lawyer Selçuk Esenyel, who was sent to Nigeria by the ship's operating company for negotiations with the pirates, said all 10 Turkish sailors are healthy.

"It was a tough process psychologically. It is a tough region with tough geographical conditions. I was there for nearly three weeks. We tried to find our friends in the woods. We were successful with the prayers of Turkish nation and the help and support of our state," Esenyel said.

"The pirates took the sailors to the woods in Bayelsa state. It was a region with climate, food and atmosphere that we are not accustomed to. We received support from the locals. Our embassy had significant support. They were rescued in the end."