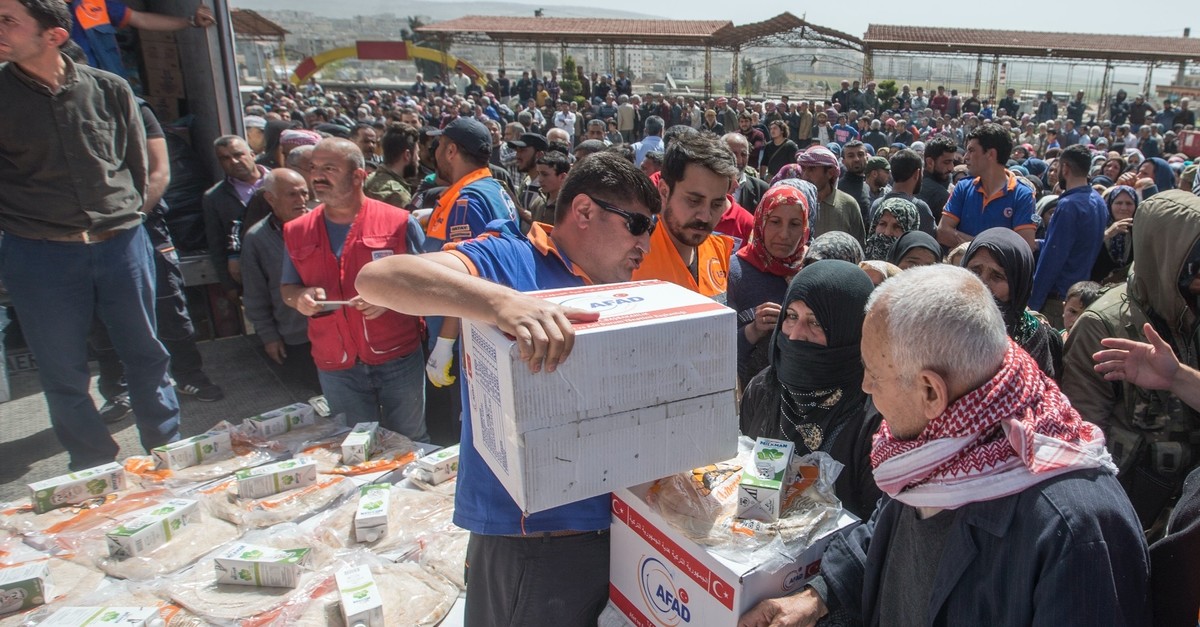 The Disaster and Emergency Management Presidency (AFAD) marks its 10th year as Turkey's top humanitarian agency in disaster response. The state-run institution established with merger of multiple agencies for better coordination in the field, has delivered humanitarian aid worth TL 4.5 billion to 58 countries since its inception.

Turkey leads the global humanitarian aid efforts and was named top donor in the world in 2017 with more than $8 billion in aid. AFAD is among the leading Turkish institutions contributing to country's humanitarian outreach in the world.

AFAD's yearly aid delivery reached TL 2.9 billion last year from TL 296 million in 2010. This year, it delivered aid worth TL 21.9 million so far, with TL 13.8 million to Bangladesh, TL 7.4 million to Yemen and smaller sums to Burkina Faso and Iraq.

Humanitarian aid by AFAD involves everything from food to hygiene kits and medical equipment, along with vehicles used in disaster response. The agency's crews are also active in assistance in search and rescue efforts in disaster zones.

Syria was major beneficiary of AFAD aid. The agency delivered aid worth TL 2.7 billion to the war-torn country which neighbors Turkey in the past 10 years. AFAD also runs refugee camps inside Turkey that houses a fraction of more than 3.5 million Syrian refugees who took shelter in Turkey after fleeing the civil war in their country. Somalia, Palestine, Pakistan and Bangladesh are other top beneficiaries of the agency's aid efforts.