Wildfires destroy over 1,200 acres of land in western Turkey's Izmir 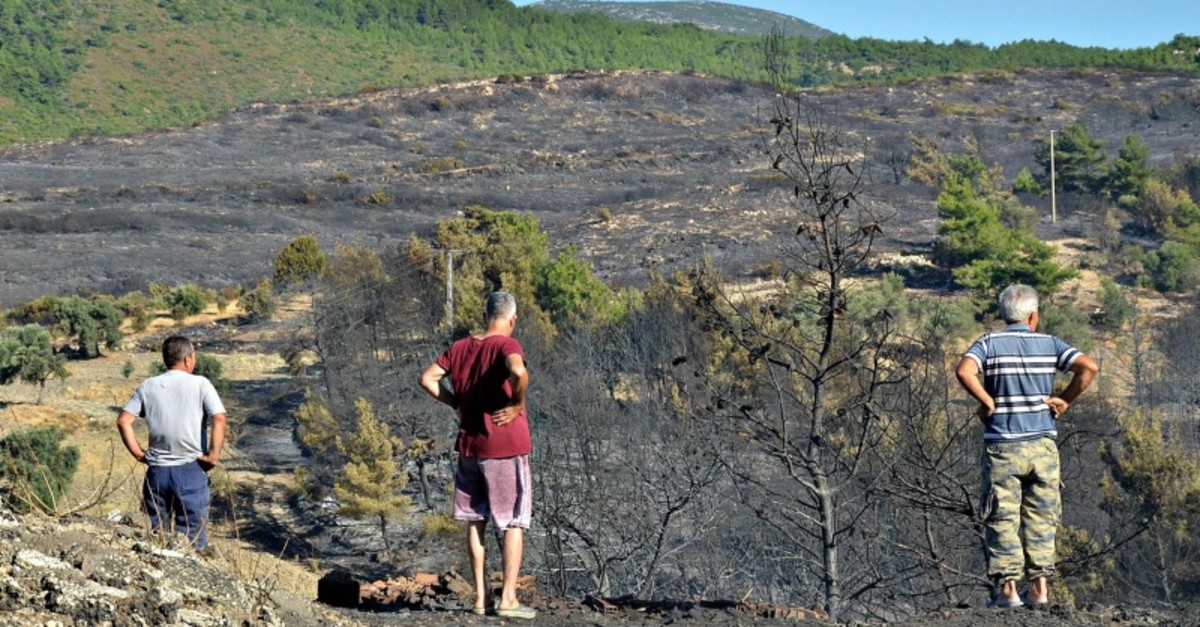 On Sunday, the fires broke out in four different regions -- including two in the southwestern Muğla province and others in Izmir province, according to Agriculture and Forest Ministry.

Speaking to reporters in Izmir, Agriculture and Forestry Minister Bekir Pakdemirli said that the fire in Karabağlar district of Izmir has so far destroyed some 500 hectares of forestland and firefighters are still battling to contain the fire. 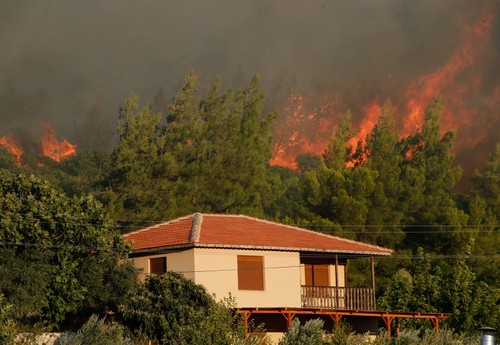 The fire in Urla, Izmir was almost contained and the cooling work was underway, Pakdemirli said.

He added that fires in Bodrum and Milas districts of Muğla were widely extinguished with the efforts of a 1,500-strong team.

A total of 24 helicopters, 280 water tankers and 35 bulldozers were battling the flames, he added.

Some villages in the region were evacuated and four houses were partly destroyed due to the flames, Pakdemirli said. 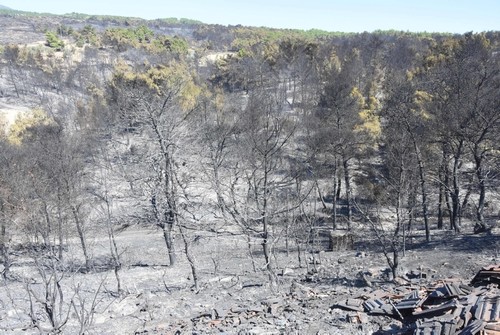 The official stressed that Turkey is among the best countries in firefighting, but it still needs to raise public awareness on the issue.

"Fires generally break out due to negligence and carelessness," he said, and underlined the harm caused in the wildlife, vegetation and the loss of trees.

No casualties have been reported yet.