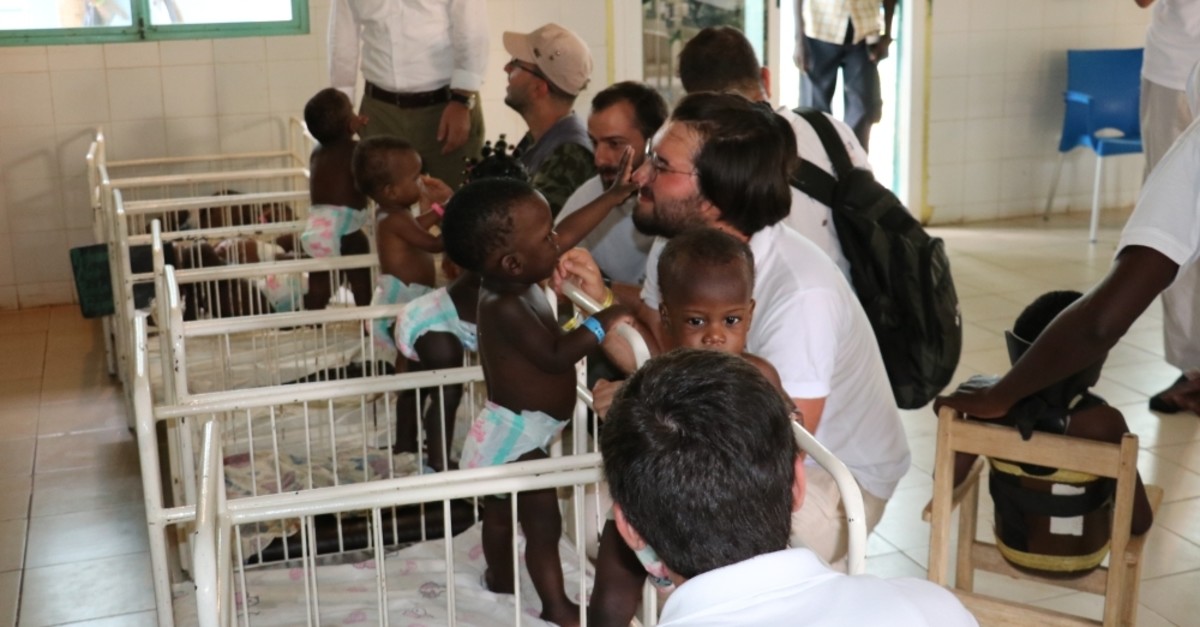 A group of Turkish volunteers, as part of a program organized by the Turkish Cooperation and Coordination Agency (TİKA), are on a trip to Senegal where they are delivering aid and bonding with locals. Fifteen volunteers planted trees in a country grappling with a lack of rainfall and delivered aid to an orphanage. The group first visited Roff, a small village of about 200 inhabitants located near the coast of the western African country.

Their visit started out well as rainfall hit the village just as they arrived, before villagers could engage in a traditional prayer for rainfall. Volunteers attended a welcoming ceremony and later helped install fences around an area where TİKA funded an irrigation network for agricultural fields. They planted trees there and later delivered gifts to local children before playing a football match with them.

Yiğit, the Senegal Coordinator for TİKA, said Roff was among the beneficiaries of the agency's aid and they had modernized the existing water well in the village and used a solar-powered system for water flow to help farmers in irrigation.

Volunteers are part of TİKA's "Experience-Exchange" program. The agency cooperates with Anadolu Agency, the state-run Presidency for Turks Abroad and Related Communities (YTB), Turkish Airlines, Turkish Radio and Television (TRT) in the program. It aims to raise awareness around international volunteerism among university students.

The program entered its third year with 500 Turkish students from various universities visiting 35 different countries in 2019.

In their second day in Senegal, volunteers paid a visit to an orphanage in Mbour, a city south of Dakar. They delivered food aid and hygiene kits to the Vivre Ensemble orphanage where more than 1,000 children, including those abandoned at birth and victims of domestic violence reside. Volunteers also gave away books and other gifts to orphans.

Murat Göçer, one of the volunteers, told Anadolu Agency that they set out on their journey with the slogan, "Everything for a smile" and they had emotional moments in their visit to the orphanage. "These children deprived of the love of a parent were almost hungry for love and hugged me as soon as they saw me. Some were crying. It was very emotional," he said. Göçer said he was grateful to TİKA for helping him remember the plight of the disadvantaged and giving him a chance to help them.