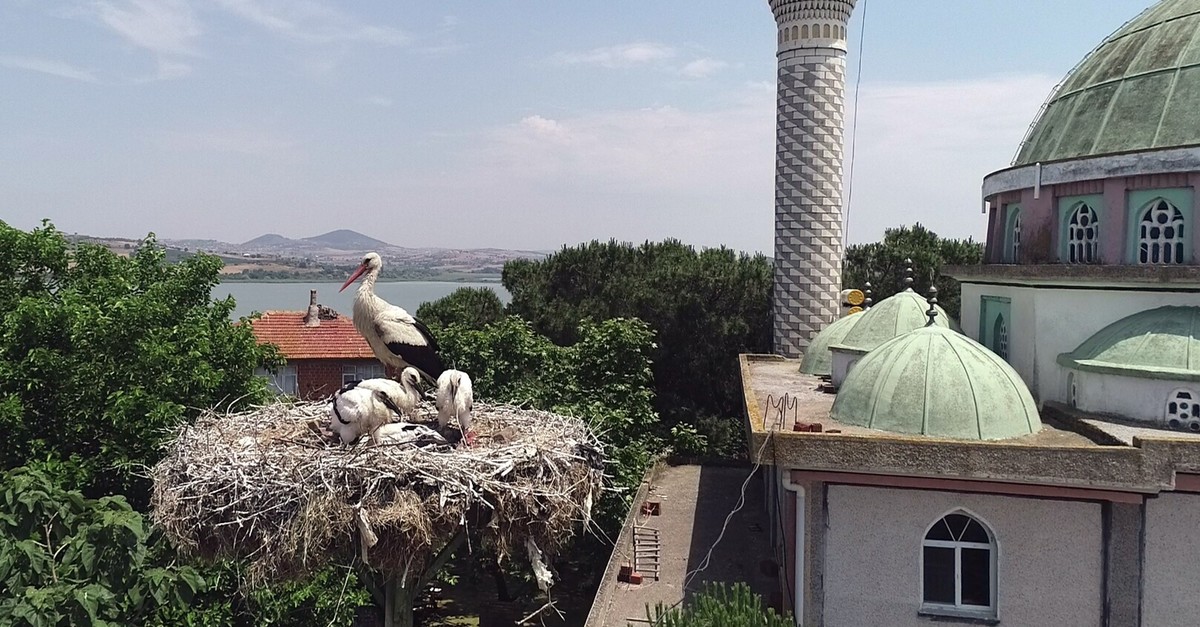 It is that time of year for one of the most stork-friendly places in Turkey. Eskikaraağaç, a small village on the scenic banks of Lake Uluabat in northwestern Turkey, bids farewell to thousands of storks that call it home before their yearly migration elsewhere.

Eskikaraağaç, located in Karacabey district of the Bursa province, is included in a network of "European Stork Villages," places with resident stork colonies where locals well preserve the birds and their nests.

Every year, thousands of storks descend into the village starting from March and after spending a few months there, they took off for migration. The village draws a large number of visitors, coming to see storks perched on their nests, from minarets to roofs, from utility poles to trees.

Karacabey Mayor Ali Özkan said they were more careful to ensure the protection of storks after it was included in European Stork Villages. "Locals sometimes would chase storks away in the past when they built nests on the roofs, claiming they would leave dirt there but in time, they developed a relationship with the birds and now, do everything they can to ensure the birds' well-being while here," he said.

The mayor added that they also drafted a master plan for the preservation of storks. "For instance, we acquired cattle and donated them to locals. Cattle grazing in the meadows and pastures help enhance feeding grounds for storks. Our work also drew other migratory birds here and Eskikaraağaç is becoming a haven for birds," he said.

Storks slowly leave the village but the young ones depart first after they were taught how to fly by parents. Older storks are still a common sight in the village. Alper Tüydeş, a nature photographer, is among visitors to the village and says Eskikaraağaç is an example in Turkey, at a time of increasing reports of violence against animals.

"Here, you see people sharing their food with storks," he says, referring to a fisherman who built a friendship with a stork that visited the village every year for years, feeding the bird with the fish he caught. "It is inspiring to see such people, setting the best example of a relationship between humans and nature," he says.